Vietnam sees a great potential for the development of offshore wind power. To hasten the energy transition, the country eyes completing the legal mechanisms needed to pursue its ambitious target.

The undeniable potential of offshore wind

At the COP27 UN climate conference in Egypt, Vietnam expressed its intention to develop offshore wind farms in the near future.

Tang The Cuong, director of the Department of Climate Change, Ministry of Natural Resources and Environment, said at the sidelines of the summit that Vietnam is a Southeast Asian country full of potential for developing offshore wind power, with a capacity potentially reaching up to 600 GW. 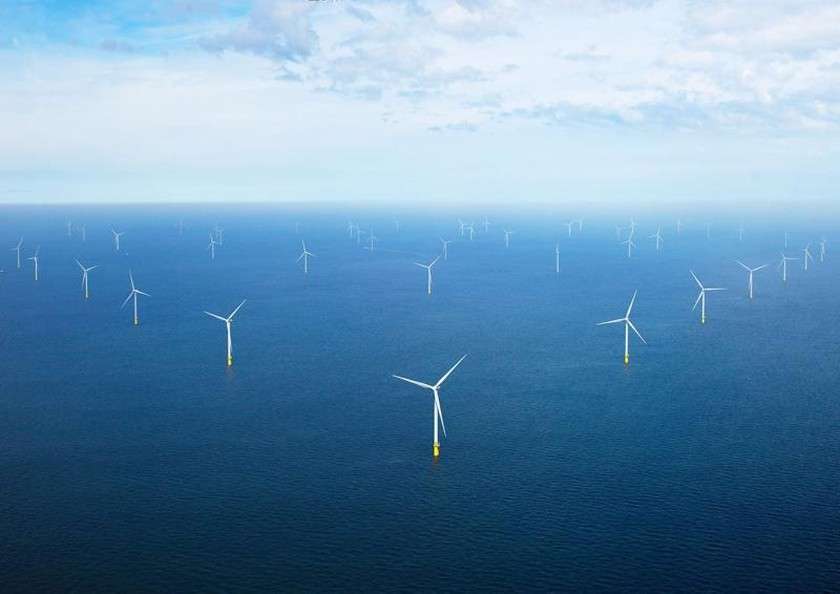 Offshore wind is an important renewable energy source for the national climate target.

A 2021 World Bank study titled “Offshore Wind Power Roadmap for Vietnam” also showed the potential of offshore wind power to contribute some 12% to the national power grid’s supply by 2035.

Aside from reducing carbon emissions, offshore wind power is touted for its many other benefits. These include the stimulation of local supply chains and Vietnam’s economy, as well as creation of thousands of jobs particularly for skilled workers who can join the global labor market in the offshore wind sector.

But successfully developing Vietnam’s offshore wind power will require the completion of other vital steps in ensuring a just transition.

Under the country’s 2022 climate action plan or the Nationally Determined Contribution, there must be “complete policies and the national marine spatial plan for the development of offshore wind power.”

The push for the sustainable use of sea resources was also the focus of  the Party Central Committee’s resolution in 2018, which detailed its marine economy strategy to 2030, with a vision until 2045. It cited “renewable energy and other new sea-based economic sectors” as some of the major policies that are vital in achieving economic development in marine areas and coastal regions

In 2020, another resolution outlining Vietnam’s National Energy Development goals to 2030 and outlook to 2045 was released. The resolution stated one of the key solutions for the development of renewable energy: “Develop supporting policies and a breakthrough mechanism enabling offshore wind power development in association with the implementation of Vietnam’s Marine Strategy.”

Importance of the maritime spatial planning

Leveraging Viet Nam’s enormous potential for marine wind energy as a key renewable power source for the country’s climate target is vital to unlock the prospects of the blue economy.

Vietnamese experts believe that Vietnam needs to quickly complete the legal requirements with specific regulations on offshore wind to create a foundation for the sustainable and effective development of such projects. 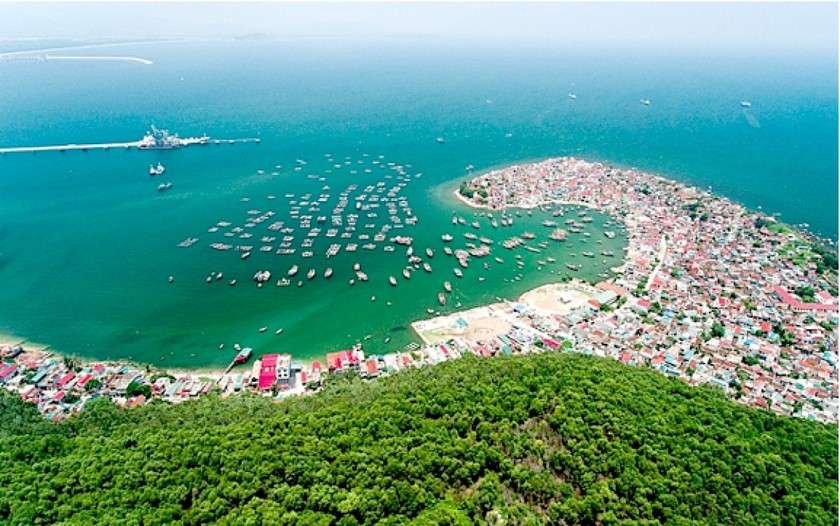 The lack of maritime spatial planning, however, is one of the challenges in developing offshore wind in Vietnam, according to Ngo Thi To Nhien, executive director of Vietnam Initiative for Energy Transition Social Enterprise.

She pointed out that planning should determine separate areas for energy development, as well as fishing and logistics activities. Without specific plans for renting marine space, most investors are hesitant to put their money into offshore wind projects.

Dr. Du Van Toan of Vietnam Institute of Seas and Islands, Ministry of Natural Resources and Environment, also said that a law on offshore wind should be passed, along with relevant circulars, technical regulations and national standards.

On November 23, the United Nations Development Programme (UNDP) and the Norwegian Embassy in Ha Noi signed an agreement to support planning of maritime space for ocean sustainability and climate change response in Viet Nam.

“The ocean provides significant opportunities for a green and blue economic rebound and offers great potential for onshore and offshore wind power, which, if sustainably developed, will support energy security and help Viet Nam meet its commitment of net zero emissions by 2050,” said UNDP Resident Representative in Vietnam Ramla Khalidi 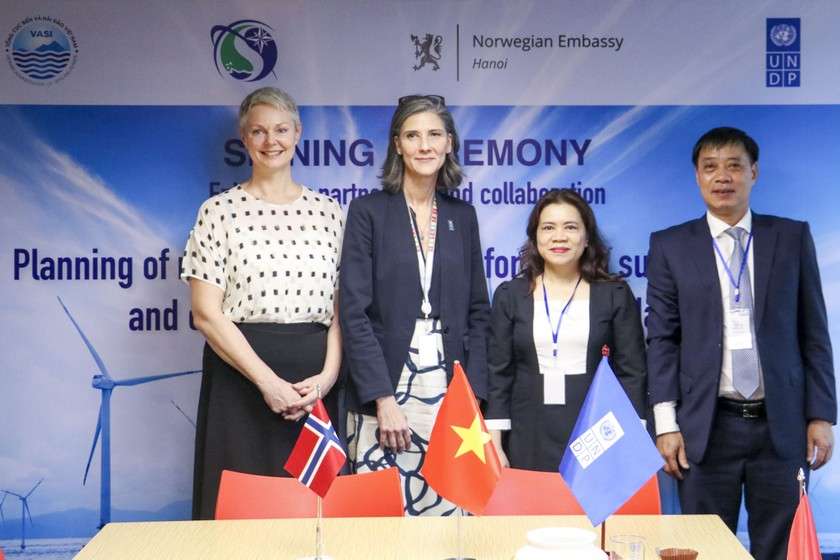 Pham Thu Hang, Deputy Director General of the Viet Nam Administration of Seas and Islands (VASI) added that “marine spatial planning is a key task assigned by the Prime Minister to the Ministry of Environment and Natural Resources (specifically VASI) to implement the national marine spatial planning.”

The impact on marine resources should also be taken into consideration in the development of offshore wind power to guarantee a just and sustainable energy transition.

This view is also reflected in the Sharm el-Sheikh Implementation Plan which was adopted during the COP27. The plan emphasizes the importance of rapid shifting towards ensuring secure, reliable and adaptable energy sources.

It’s co-led by the World Economic Forum with the Government of Indonesia and other countries. The initiative serves as a platform for the world’s top 20 countries to harness the ocean economy while also protecting it.

Ocean 20 is proof of the special concern shown by the world’s major economies in the protection and conservation of marine ecosystems from human exploitation activities, especially those related to energy production.

As for Vietnam, it has more than one-third of the population living in coastal areas. But in recent years, the health of its seas has been threatened by habitat fragmentation and overexploitation. Marine resources, including coral reefs, have also been taking a hit from climate change and pollution, 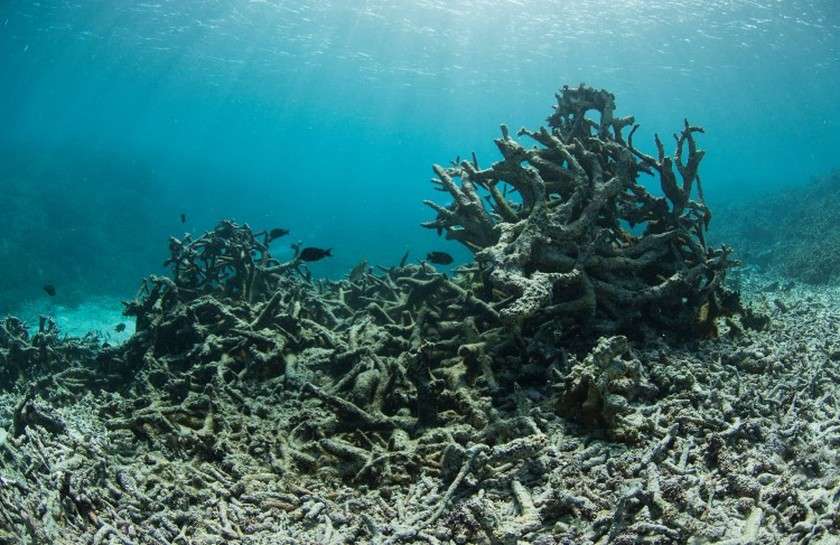 Marine resources, including coral reefs in Viet Nam, have been experiencing degradation and dramatic decrease.

Dr. Du Van Toan said wind turbines create noise and vibration frequency in seawater when installed in the seabed. This is seen to affect marine creatures like whales and dolphins.

He added that establishing cables under the seabed to supply electricity to the mainland can also cause changes to the marine ecosystem, especially in the protected areas.

Wind turbines are also feared to be a hindrance to sea vessels if the wind farm is located near maritime routes or fishing grounds.