This story was published with the support of Climate Tracker’s COP27 Climate Justice Journalism Fellowship.

For the first time, the golden-brown sands of the Tharparkar desert Pakistan are supporting a dense, thick forest. In this desert where two coal mining projects are ongoing, it is expected that these trees will reduce carbon footprint and help in combating desertification.

This forest is a result of the Thar Million Tree Project, a  joint initiative of Thar Foundation and Sindh Forest Department started in 2017, which developed the desert’s largest plant nursery. Under this partnership, Sindh Forest Department has been providing technical support to plant 1 million trees under the Green Pakistan Project, free of cost. 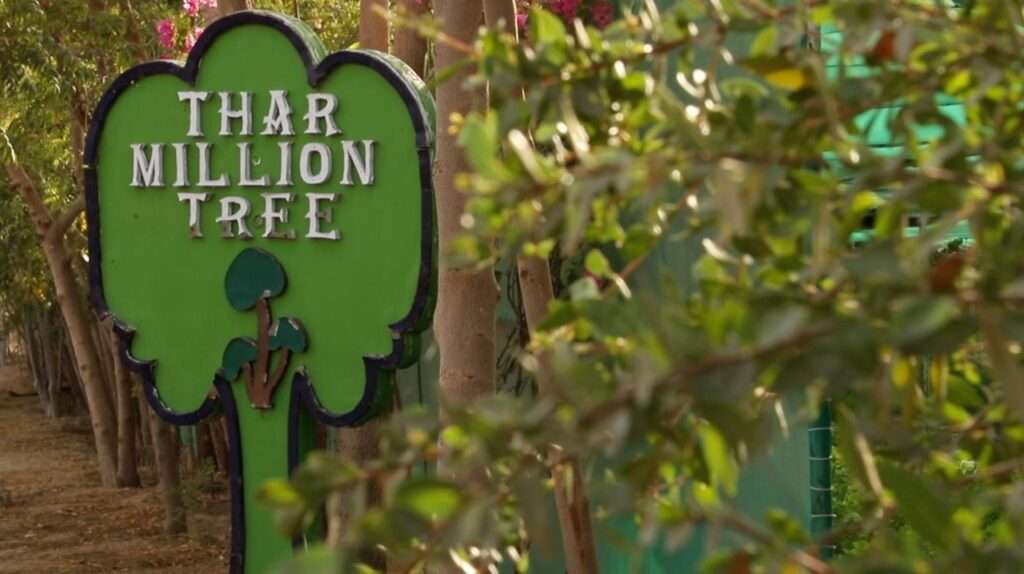 According to the Global Carbon Budget Report launched by the Global Carbon Project at COP27, the global carbon dioxide emission from fossil fuel is projected to increase by 1% in 2022, hitting a new record of 37.5 billion tonnes. Pakistan is among the vulnerable countries being affected by the emission by the other rich polluters. Initiatives like the Thar Million Tree Project can help to mitigate the impacts of these emissions on people and the ecology.

Tharparkar, known as the great Indian desert, is an arid region in the north-western part of the Indian subcontinent and forms a natural boundary between India and Pakistan. Once famous for its delicate environment, it is now considered to be one of the harshest climates in the world. Consecutive droughts have been normal in the area, impacting the life of indigenous Tharri people and disturbing the ecosystem of Thar.

Apart from the loss of biodiversity and livelihoods due to a warming desert, the region also suffers from greenhouse gas emissions from coal mining here. There are 14 blocks of underground coal reserves in the region which are an added center of attraction for national and international coal mining companies. The region is also being developed as part of the China–Pakistan Economic Corridor (CPEC). In this background, the Thar foundation decided to take development initiatives in the area and bring betterment in the life of the indigenous people of Thar, one of them being the Thar Million tree Project. 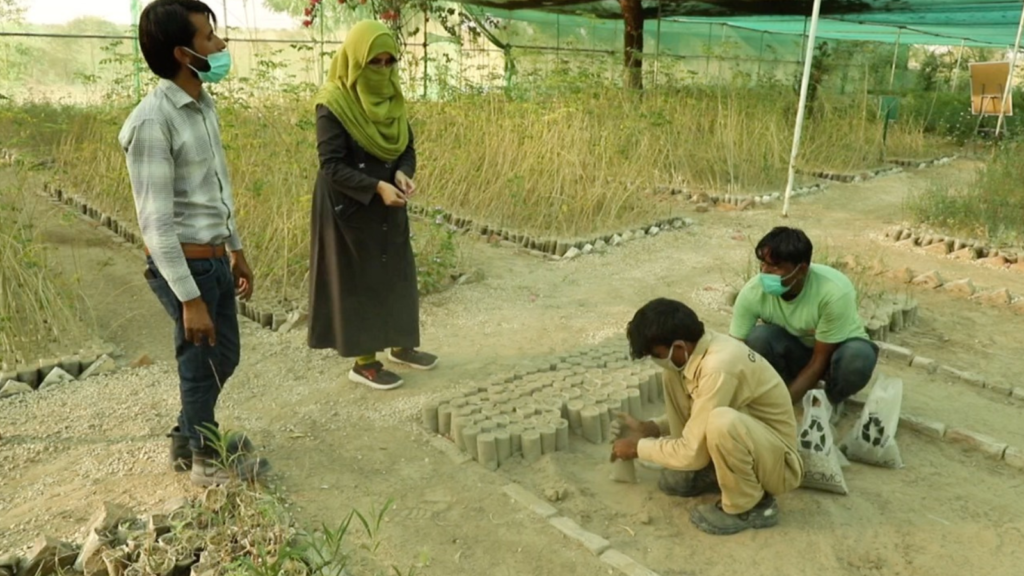 The Trees of Thar

The designated area is created in the form of Miawalki, which introduces “potential natural vegetation” to a depleted landscape.

The Thar Million Tree’s nursery is spread on 100 acres at one of the coal sites, Thar block 2. This aims to  develop a dense forest that encourages a carbon sequestration of over 30 times to promote biodiversity.

What began in one block was extended to the entire Thar through engagement of the local communities. One of the multiple plantation drives is the ‘One Home, One Tree’ drive where the indigenous Tharri women have been planting various indigenous local species of plants friendly to the desert environment, like Neem, Moringa, Babul, Kandi and many others. This program is able to process and reduce carbon footprint worth 22,000 metric tonnes every year. 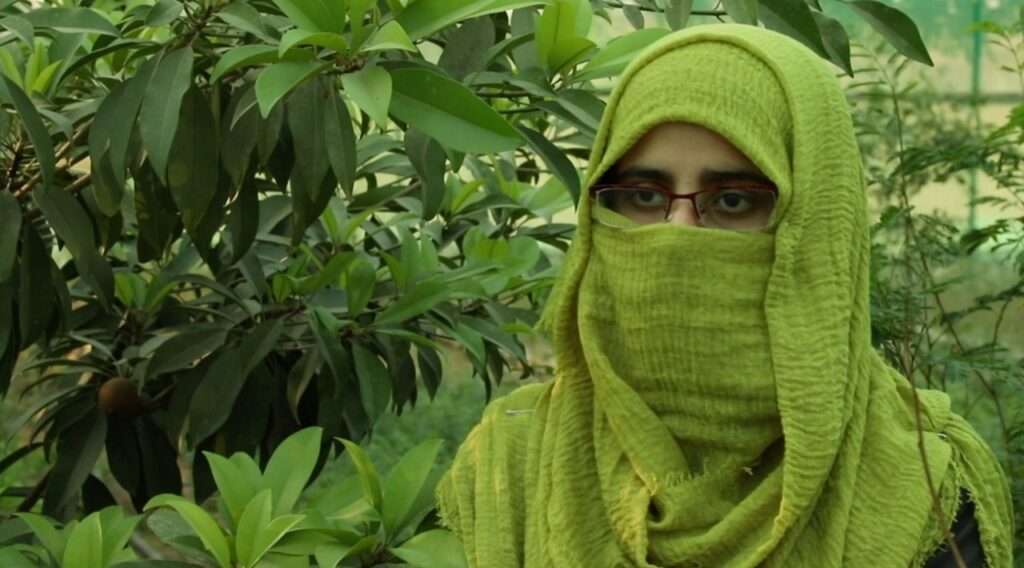 “We are working in two ways,” Nimra Hussain, the Assistant Manager, Environment of the Project, told Climate Tracker. “One, is to deal with the protection of the environment and to comply with the legal and international laws, and two, to consider our social responsibility to improve the environment.  And this project is the implementation of that vision.”

Hussain mentioned that the Project’s nursery has the capacity of half a million saplings, many of which have been donated to environmental organizations to reach more on-ground communities.

“We try to grow drought-resistant plants that can survive in the harsh environment of Thar,” Hussain added. “We have also selected salt tolerant species, since the coal mining emits water that carries a lot of minerals and salts, which cannot be used for common conventional purposes,” Hussain explains. After 6 to 8 months of growing on treated water, the saplings are then shifted to saline water extracted from mines, where they begin sustaining themselves.

Moving beyond afforestation, the project has also tried exploring those avenues where saline water emitted through coal mining could be reused. After collaborating with many environment institutions to explore this question, they initiated a project where water being emitted from mining could be used for agriculture purposes.

A similar project developed where apple berry and varieties of different fodder are being grown. When no fodder is available for animals to graze in during drought years, people in the area choose to migrate to some other provinces to ensure their livestock’s survival,” says Nimra Hussain. “So, to mitigate the migration, we explored these options so that the community could adopt their own economic activity.”

Investing in local communities, the Thar foundation, through this project is also investing in free healthcare and education for the local communities. They are also creating awareness about sustainability and global best-practices in environmental conservation. 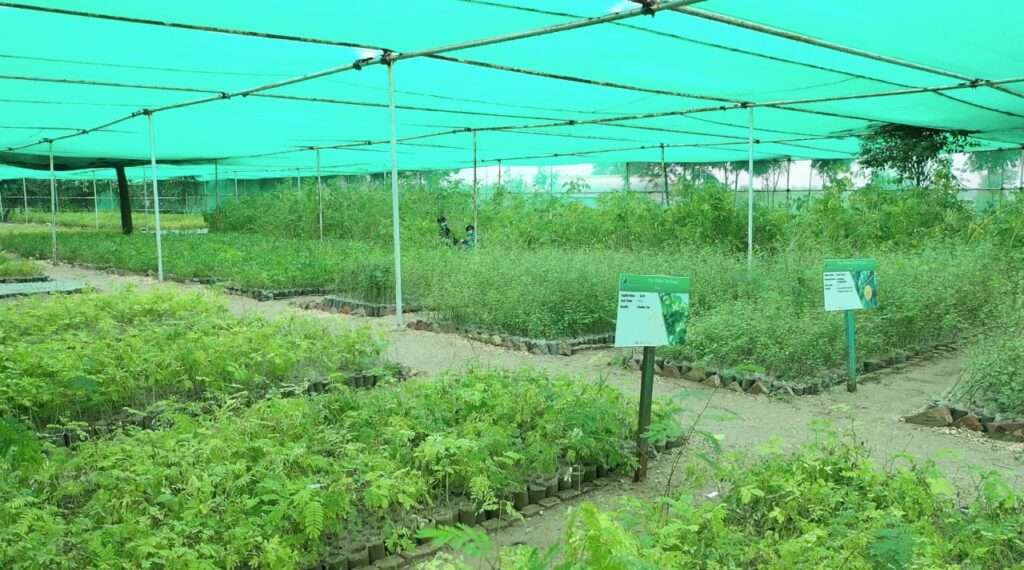 Afifa Salam, an environmental activist and  journalist who has reported extensively from Thar mentioned that in such a desert, Miyawaki forests are a healthy sign for both the environment and the people living there.

“While the power plant in the area is equipped with the latest technology that has limited emission into the air, such forests are giving people an opportunity to clean the air and reduce the greenhouse gasses,” she said.

“Tharparkar is a green desert and the nursery of the forest is also a laboratory where lots of experiments on biosaline culture and aquaculture have been introduced. Such experiments have a good effect on food security, and are important all over in Pakistan.” Afia said. 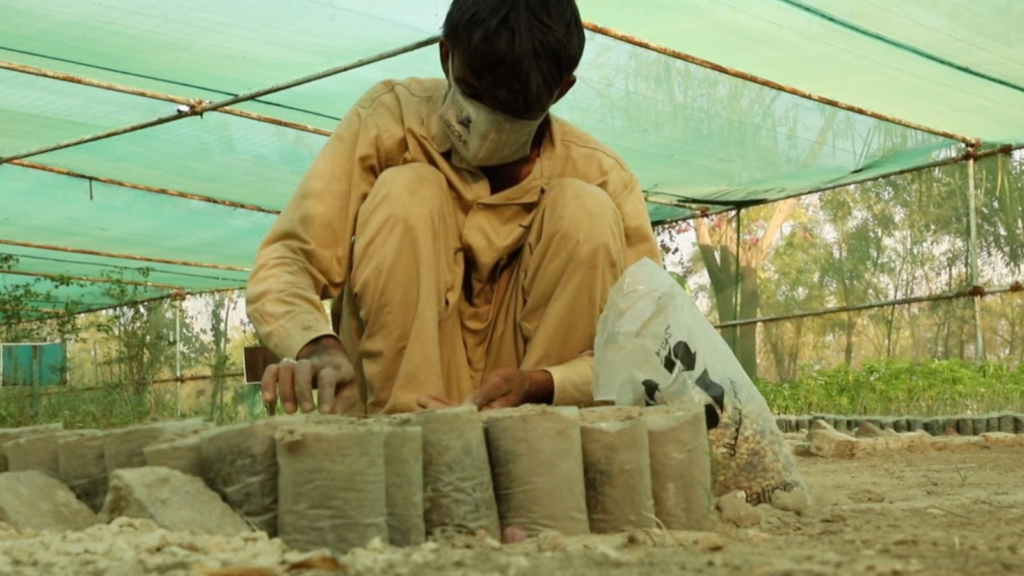 40-year-old Manmohan Ram used to migrate to the other upper areas of Sindh with his family in drought days to feed his family and his livestock. This, he informed, was taxing, especially for women who migrated during menstrual days and pregnancies. Now, the situation for his family has changed.

“We now have food during droughts, and are able to support our native agriculture. Women process and preserve these vegetables and send them to the Karachi markets. The nursery is also employing people. The backbone of our livelihoods, our livestock, is also enjoying fodder during droughts. We don’t migrate any more,” he said.