Survival of jeepney drivers and operators, who are trying to recover from the effects of the Covid-19, is now being threatened not only by the push to modernize the ‘kings of the roads,’ but also by the pandemic and the skyrocketing fuel prices.

A jeepney driver plying the Pasig-Quiapo route for seven years, Jeffrey Marquez used to take home at least P800 a day. On good days, he could earn as much as P2,000.

But he left the transport sector a few months after the government announced the implementation of the Public Utility Vehicle Modernization Program (PUVMP), which sought to stop the reliance of commuters on outdated, often small-scale road-based vehicles such as jeepneys.

“I used to earn enough back then. But I decided to stop driving instead of joining the government’s modernization program. How else can I afford to buy a new jeepney when I am only earning enough to last us a day?” he asked.

Marquez, 41, now works as a driver of a small construction materials supplier in Mandaluyong City where he is assured of a bi-monthly salary enough to cover his family’s basic needs. To earn extra money, he works as a house painter.

It’s a different story for another jeepney driver, Marco Dimaala, 44, who remained traversing the Punta Kalentong-Divisoria route. But after years of enduring the daily grind, Dimaala, a father of three, is now worried that the government may strictly implement the PUVMP soon as more people go out due to eased pandemic restrictions. If this happens, he may be forced to quit his only livelihood.

Dimaala admitted that he would rather sell his old jeepney unit than take a hefty loan from a state-run bank.

“I cannot afford to get that much loan unless I will be subsidized for that. I only earn enough, sometimes a day’s worth of work won’t even suffice, especially now that the diesel prices are so expensive,” he lamented.

The survival of jeepney drivers and operators, who are trying to recover from the effects of the Covid-19, is now being threatened not only by the push to modernize the “kings of the roads,” but also by the pandemic and the skyrocketing fuel prices.

In June 2017, the Department of Transportation (DoTr) launched the PUVMP. The program aims to come up with a “restructured, modern, well-managed and environmentally sustainable transport sector where drivers and operators have stable, sufficient and dignified livelihoods while commuters get to their destinations quickly, safely and comfortably.”

The program was met with strong opposition from transport workers who have dubbed the PUVMP as a “phase out.”

Former Transportation Secretary Arthur Tugade maintained that the program is not anti-poor, saying it is designed to strengthen and guarantee the profitability of the jeepney business.

“We want a system where the jeepney will be compliant with the specifications we want in the program so that our livelihood is a combination of environmental responsibility. Make a living but take care of the generations to come,” he said in a statement sent to the media just weeks before the new admin took over.

Under the program, new jeepney units should run with Euro 4-compliant engines or electrically-powered engines with solar panels for roofs. These modern PUV should also be equipped with closed-circuit television cameras, a GPS navigation system, an Automatic Fare Collection System, speed limiters, dashboard cameras, and WiFi.

In a forum held on 29 June, Climate Change Commission Secretary Robert E.A. Borje emphasized that the PUVMP should translate to a more sustainable and low-carbon transportation system.

Based on the 2010 National Greenhouse Gas Inventory, the transport sector ranked as the third-largest emitter sector in the country with 24.17 metric tons of carbon dioxide equivalent (MTCO2e).

These emissions are caused by land transportation, which accounted for 87.88 percent of the total share while water-borne navigation accounted for 9.18 percent and domestic aviation for 2.95 percent.

Despite the initiative’s climate and environmental benefits, jeepney drivers and operators have long been resisting the PUVMP.

In 2020, the government doubled the subsidy it will grant those who retire their units to P160,000 from P80,000. But for drivers and operators, the price tag of a modern jeep, which can be as high as P2.4 million, is simply too expensive.

According to Pinagkaisang Samahan ng Tsuper and Operator Nationwide (PISTON) and the No to Jeepney Phaseout Coalition, at least 500,000 drivers and 3,000 operators, with their corresponding two million families, may be affected by the phase-out of old jeepneys.

The PUVMP also encourages industry consolidation or the strategic merging of smaller transport industry players to form a consortium either by forming cooperatives or corporations.

ince the program was slowed, unconsolidated transport workers are still allowed to use their old jeepneys. Until the government issues a strict timeline for the merger, that’s the only time they will be forced to follow.

Asked if these numbers reflect substantial improvement, the DoTr did not answer.

Based on the original plan of the PUVMP, the government eyed to have modernized buses, jeepneys, and PUV across the country by 2020. But it was pushed back due to the pandemic. With the new administration in place, realizing the goals of the program is again in limbo unless it prioritizes it.

Bautista said the pronouncement was part of the DoTr’s solutions to the expected surge in passenger demand once face-to-face classes resume by August. At the moment, there is already high demand for public utility workers as employees return to on-site work and as more people go out of their homes.

To help drivers and operators amid soaring fuel costs, the government raised the minimum fare of traditional jeepneys to P11. Despite the fare hike, some jeepney drivers still opted to halt their trips.

Trade leader Josua Mata agreed that there is a need to modernize the sector, but he argued that workers should not pay for it.

“In 2017 and 2018, due to strikes, what our organizations specifically called for is a just transition. There would be no modernization without just transition. There is a need for reform but we just have to make sure that the workers would not have to pay for it,” said the secretary general of SENTRO or Co-operative and Progressive Workers’ Center.

While many are still skeptical about the PUVMP, especially those who want to keep their jeepney units, some operators and drivers support the program. The Taguig Transport Service Cooperative (TTSC) was among the first transport companies to adopt the program.

Arnold Rances, a member of the cooperative, said the PUVMP has been helpful to him because it gives him a fixed daily income of about P700.

“The good thing about our new setup is that I have ‘sure’ money regardless of the number of trips I make in a day. I’m tired of the old boundary system, especially now that diesel prices are continuously increasing. I just hope that we get additional fuel subsidies from the government,” the 27-year-old driver said.

SENTRO’s Mata also pointed out that the government should ramp up its Service Contracting (SC) Program, which benefits both drivers and commuters.

“Service contracting should be institutionalized because that’s the only way that we can stop the boundary system. It’s a brutal system to be honest to many workers, particularly to jeepney and tricycle drivers. The government can do that for a lower cost,” he explained.

SENTRO study noted that from 2010 to 2021, 99 percent of the P2.8 trillion “road-based infrastructure budget” went to road construction, widening, and maintenance while only one percent or P40 billion went to road-based public transport.

In an online forum in June, Leonardo Bautista, chairperson of the Pagunova Transport and Multipurpose Service Cooperative, said drivers and members of the cooperative want active participation in the government’s decision-making when it comes to PUVMP.

He said the government should consider the modernization program as a public-private partnership. As such, they should be involved in consultation, planning, and policy development.

The Pagunova Transport and Multipurpose Service Cooperative currently has a fleet of 20 modern jeepneys with 101 drivers and allied workers. The group was allowed to acquire Clean Air Act compliant PUV to replace the traditional PUJ.

“What is unfortunate here is that there are drivers who want to avail new units and want to help lessen carbon emissions in the environment but have limited resources and are under pressure,” he added.

Jeepney drivers, whether they support or oppose the modernization program, are all asking for one thing: Full and comprehensive government support. They all emphasized that now more than ever, they need all the support they can get so that they can continue servicing the commuting public.

This story was originally published in The Tribune, with the support of Climate Tracker and Friedrich Ebert Stiftung — Philippines. 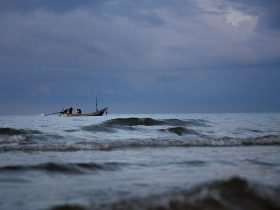