A lot of people are now seeking news and information on Facebook, YouTube, Instagram, and Tiktok–making content creators play an increasing crucial role.
In Climate Tracker, we recognize the massive potentials of these social media platforms. But we are also aware of and concerned about a vacuum of factual and nuanced reporting on these platforms.
That’s why we partnered with Oxfam to facilitate a holistic multimedia training program where journalists and content creators can learn from each other.
The program aims to build the capacity of these young communicators in audiovisual storytelling, science-based reporting, and creative journalism to help them produce interesting content about climate and inform their audiences about this complex issue.
Meet our fellows who will produce a series of powerful local climate stories using new media technologies and trends. 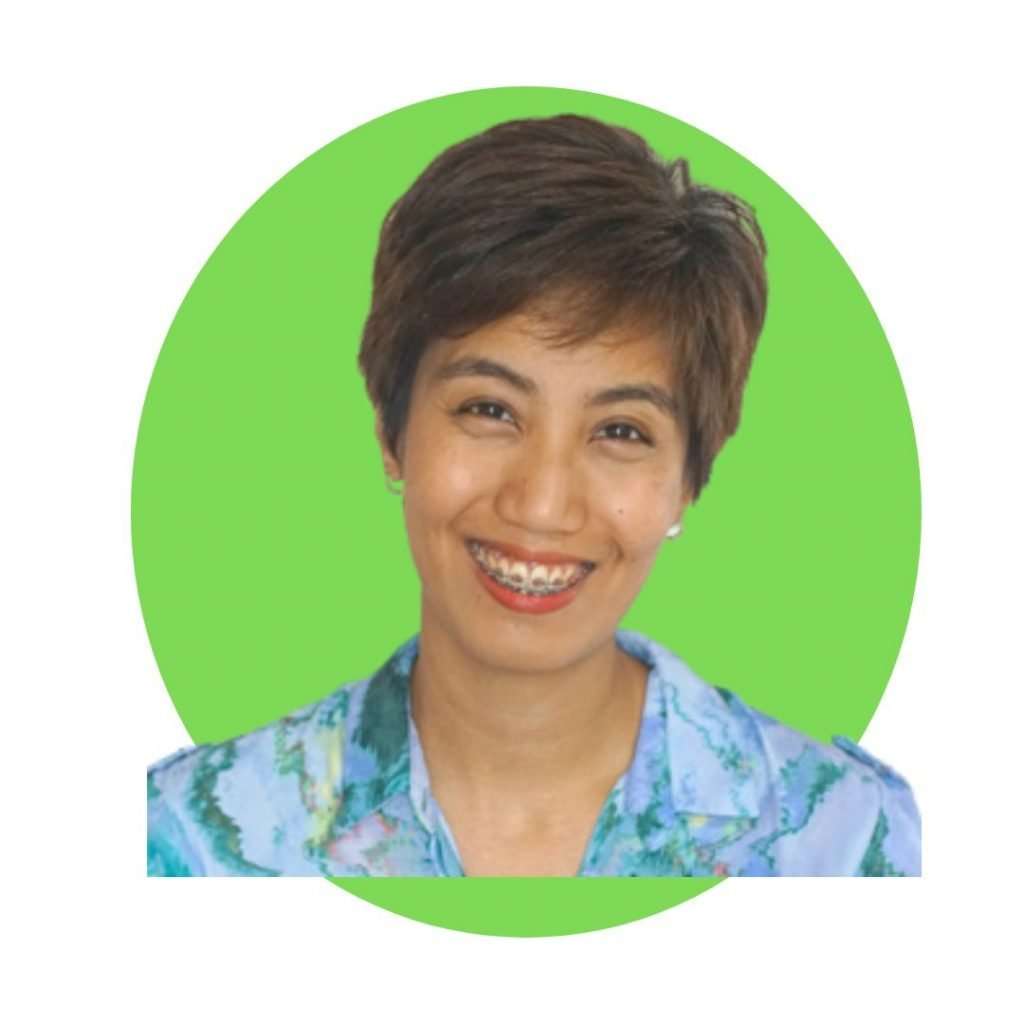 A graduate of BS Environmental Planning and Management, Pat has been involved in cosmology research, environmental education, development of a Philippine Green Building Rating System, and wetlands conservation since 2011. She has a personal blog: greenwayfarer.com and an Instagram account focused on Protected Areas: instagram.com/kwento.pa

“Stories humanize and make scientific data more relatable to many. Through journalism, we are able to gather stories and present reports that connect even more to real-life scenarios.” 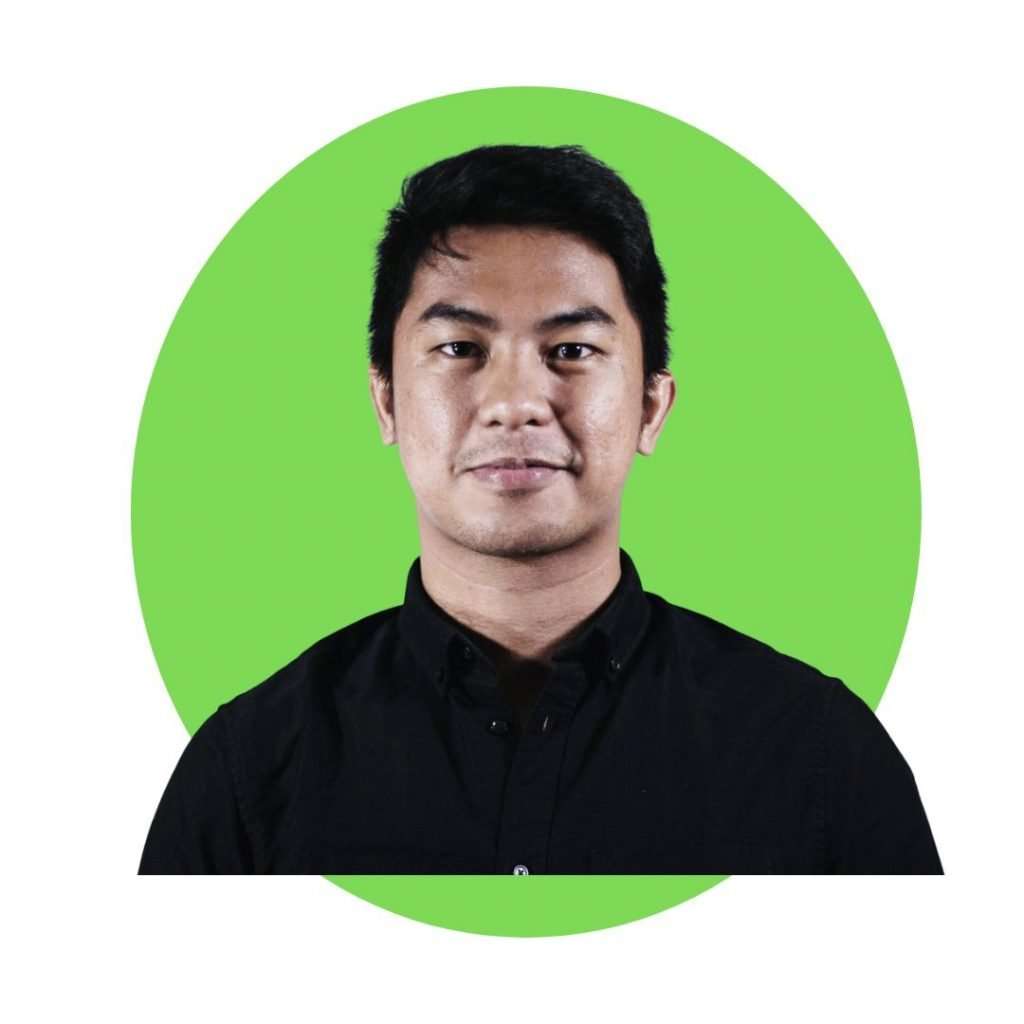 Mac is a voice artist, magician and video creator. For this program, he wants to create a series of videos talking about climate change, food waste, reducing hunger, farming, nutrition, cooking, healthy lifestyle and other issues related to food and hunger.

“My key role is to share stories of struggles and success regarding people and environment. The goal is to spark action for leaders, authorities, businesses, organizations and individuals to focus on practices and lifestyles that are sustainable for the present and future generations.” 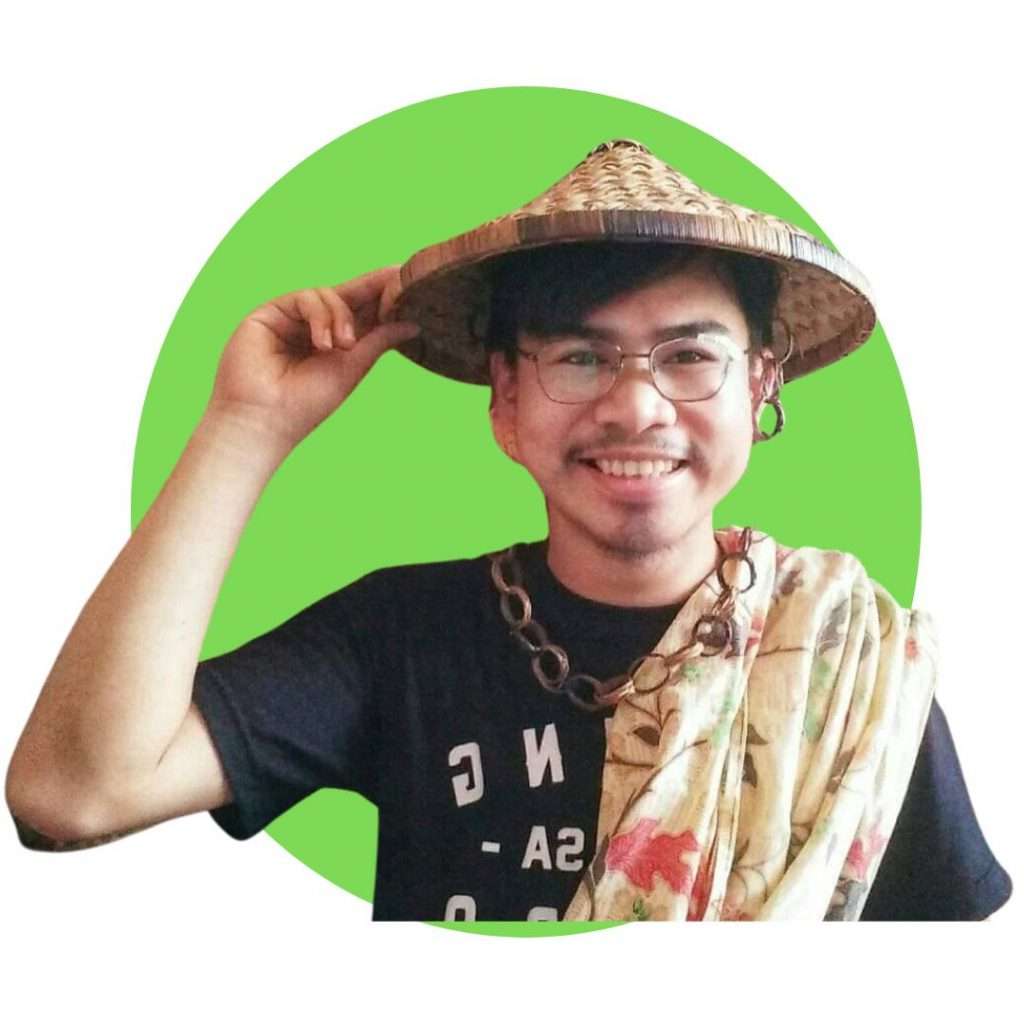 Mark Steve is an independent artist and community builder.

He practiced socially engaged art and intersected with performance, painting, and installation. His projects and initiatives are community-based collaboration, alternative education, art therapy, and street art.

“I have the skill to tell a story visually using media and contemporary technology to reach wider people. Visual storytelling is important in the rise of disinformation to create more meaningful communication of truth.” 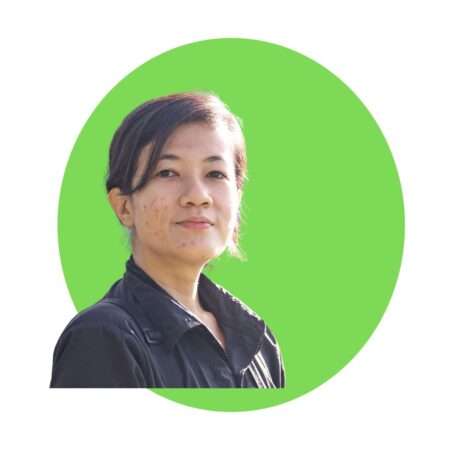 Celine has written extensively on conservation and environmental issues. Her work had taken her to remote jungles and wild forests. She’d immersed herself in indigenous cultures, learning how their traditional practices and beliefs impact conservation measures. She spends most of her time documenting wildlife and wild places.

“My role in the climate movement is to tell stories of wildlife, wild places, and the intertwining of nature and culture. By combining poetry, videos, photos, and the power of community, I hope to create a kinder and more compassionate world.” 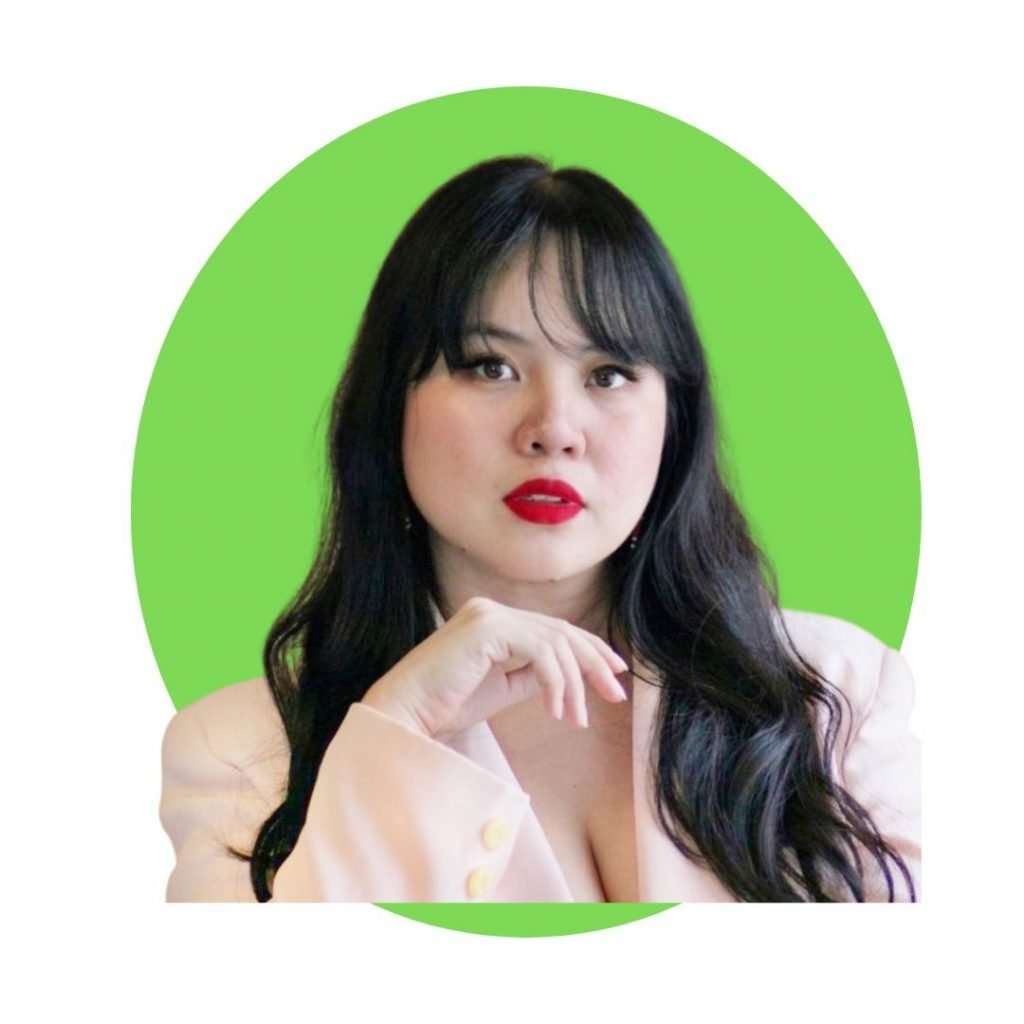 Pamela owns a textile upcycling startup that collects textile wastes and transforms them into higher valued products such as footwear, fashion accessories and lifestyle pieces, in lieu of leaving them to be discarded in landfills. Not only that, she also hires people with disabilities for a truly inclusive business model.

For this program, she wants to produce a video series that will showcase sustainable, local, and impact-driven enterprises.

“I always make it a point to emphasize the significance of climate action, particularly in fashion. Why? Because, no matter what sector you work in, we all have to wear clothes every day. Our clothing choices have a direct impact on the people who create them and to the  environment.” 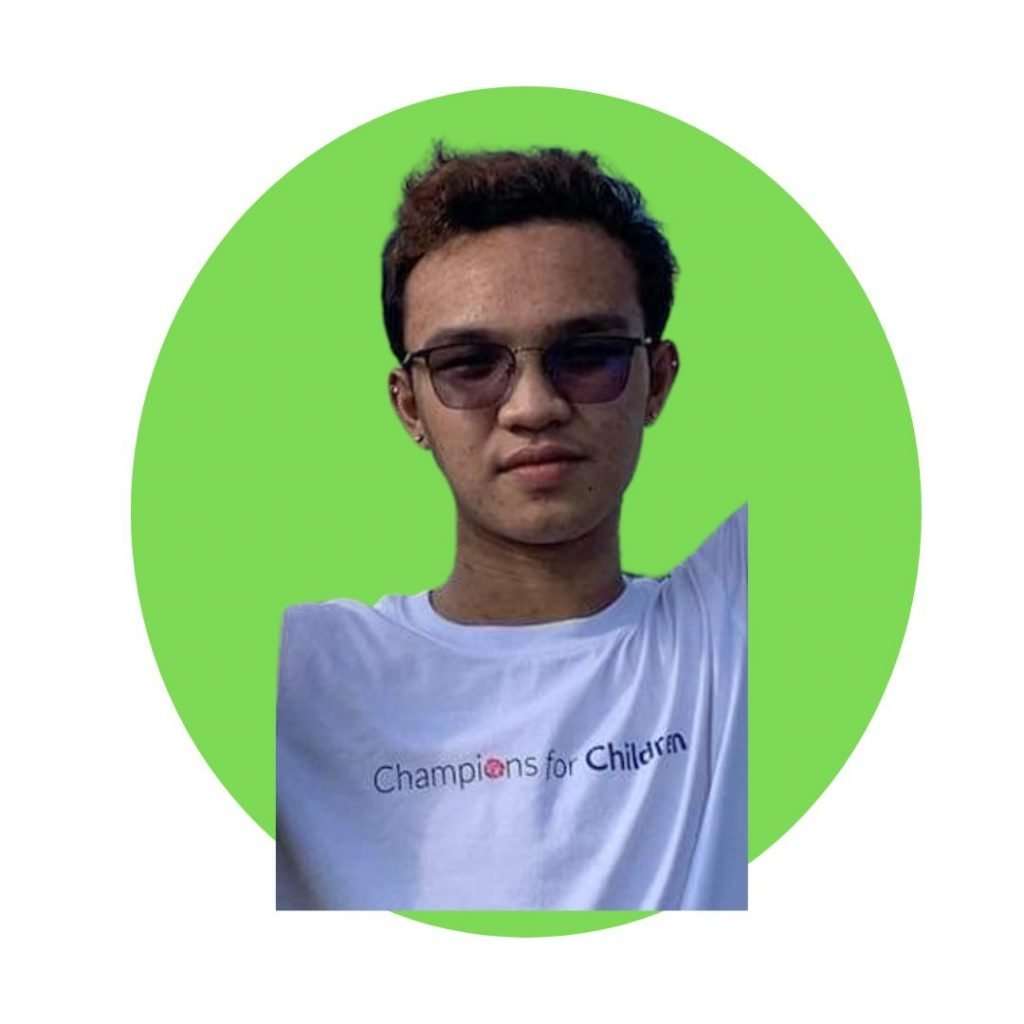 Ghillean is a volunteer, advocate, and activist. For this project, he wants to produce a story highlighting the struggles and efforts of the LGBTQIA+ community when it comes to pushing for climate justice.

“I believe that as part of the youth, it is essential for us to continuously spark some action, create efforts to mitigate our current situation, and educate and organize others so that we could have a collective action in this fight toward climate justice.” 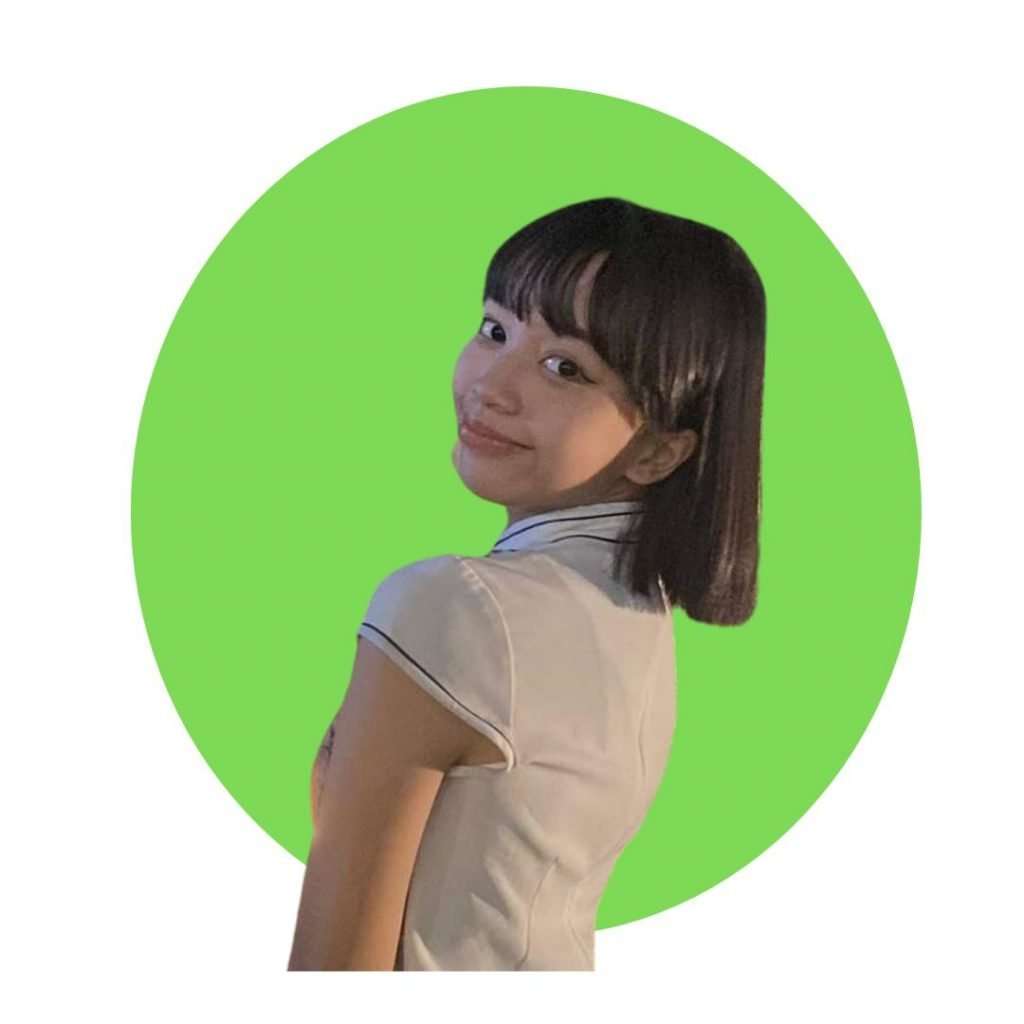 Jacqueline is the social media manager of the youth organization Youth for Climate Hope. She also does commissions for portrait painting (both digital and traditional), event posters, simple illustrations, logos.

For this project, she wants to visualize the intersection of femininity and the climate crisis.

“As an artist, the information we disseminate in our messaging has a heavy impact on society. It will shape how they view certain things. Thus, as someone who is a part of this movement—it’s a responsibility to create a rippling effect within the community.” 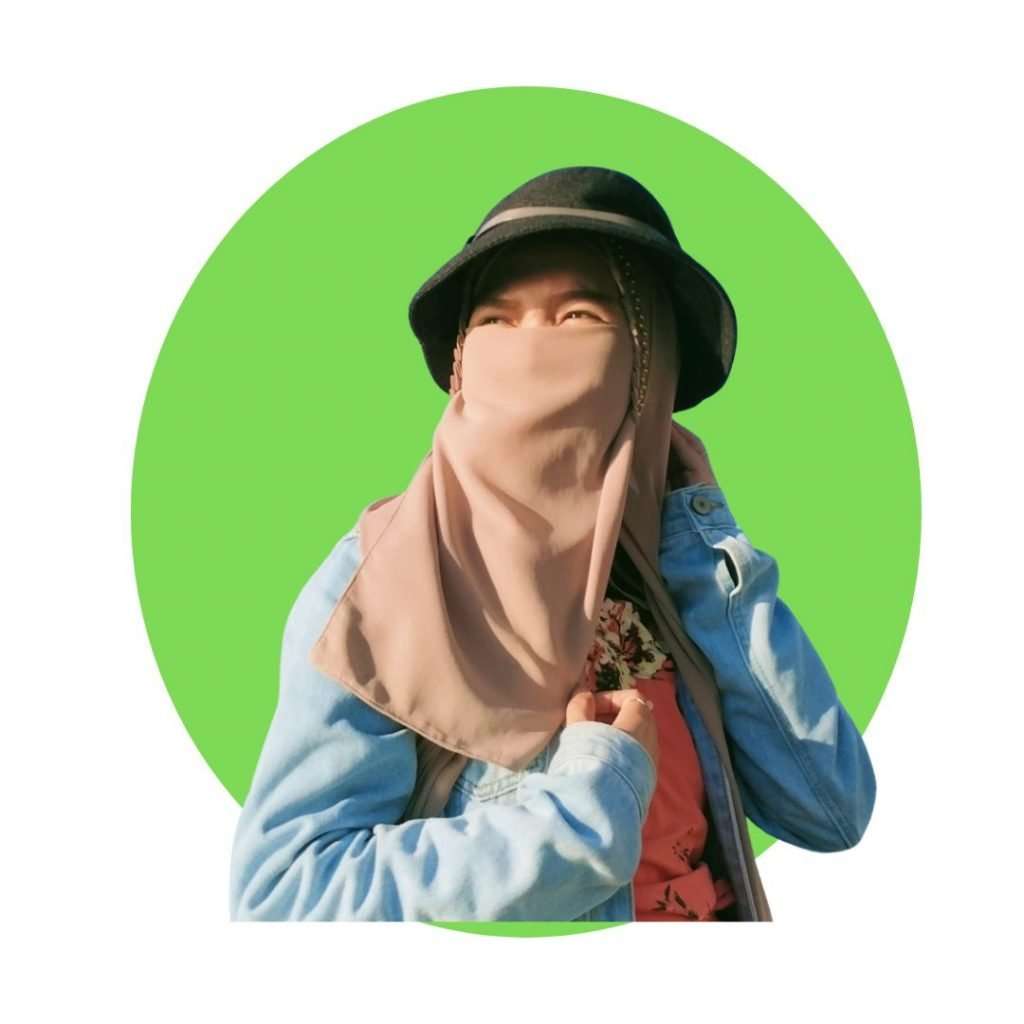 Norhanidah gained national prominence after she captured the first ever visuals that came off from the 2017 Marawi siege. The five-month armed confrontation between pro-ISIS militants and military forces flattened infrastructures and forcibly displaced 98% of the total population of the city. This prompted Norhanidah to become a mental health advocate helping youth to process the traumatic experience. 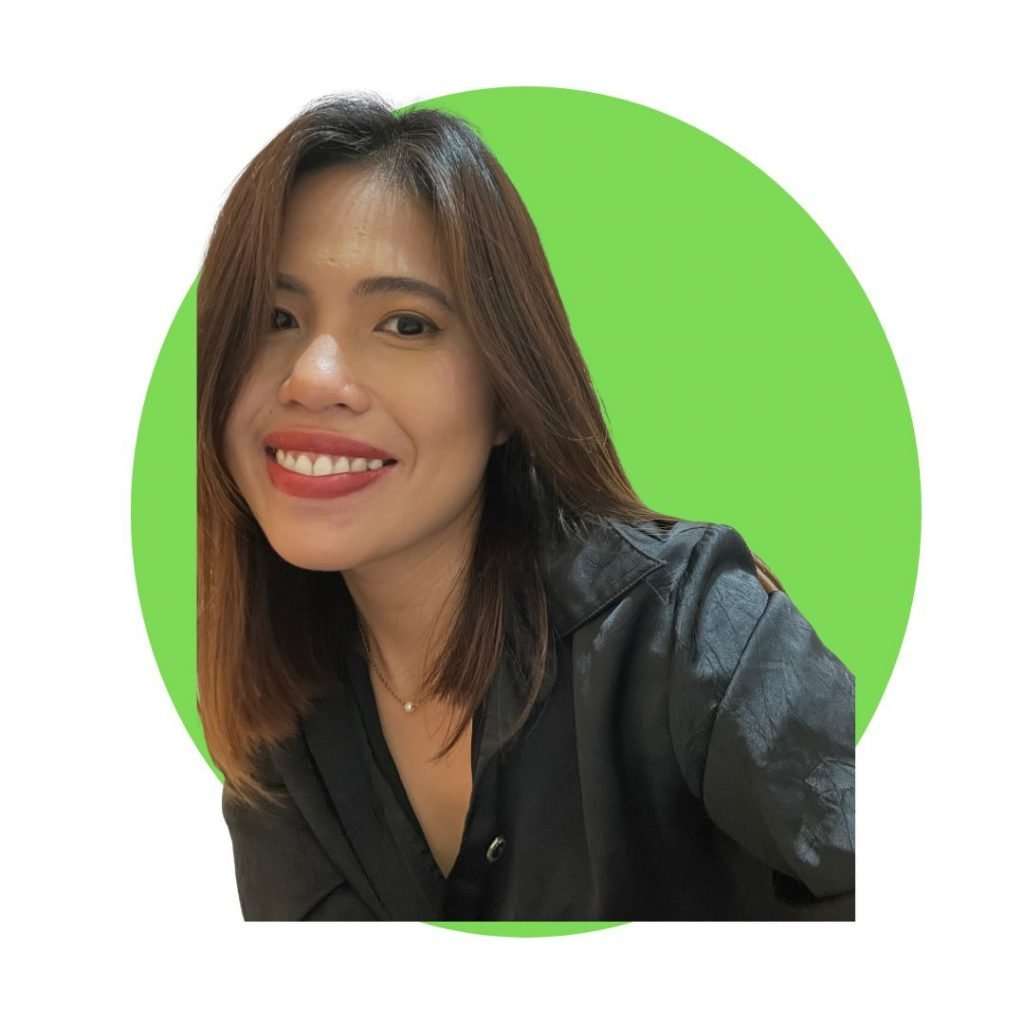 Rachel is a journalist in Palawan, which is known as the Philippines’ “last ecological frontier”. She wants to create stories on the experience of the province after devastating typhoons which resulted in an underestimation of the possible effect of Typhoon Rai in December 2021.

“I produce stories that, hopefully, stimulate public discussion and serve as a consideration for legislators in the decision-making process.” 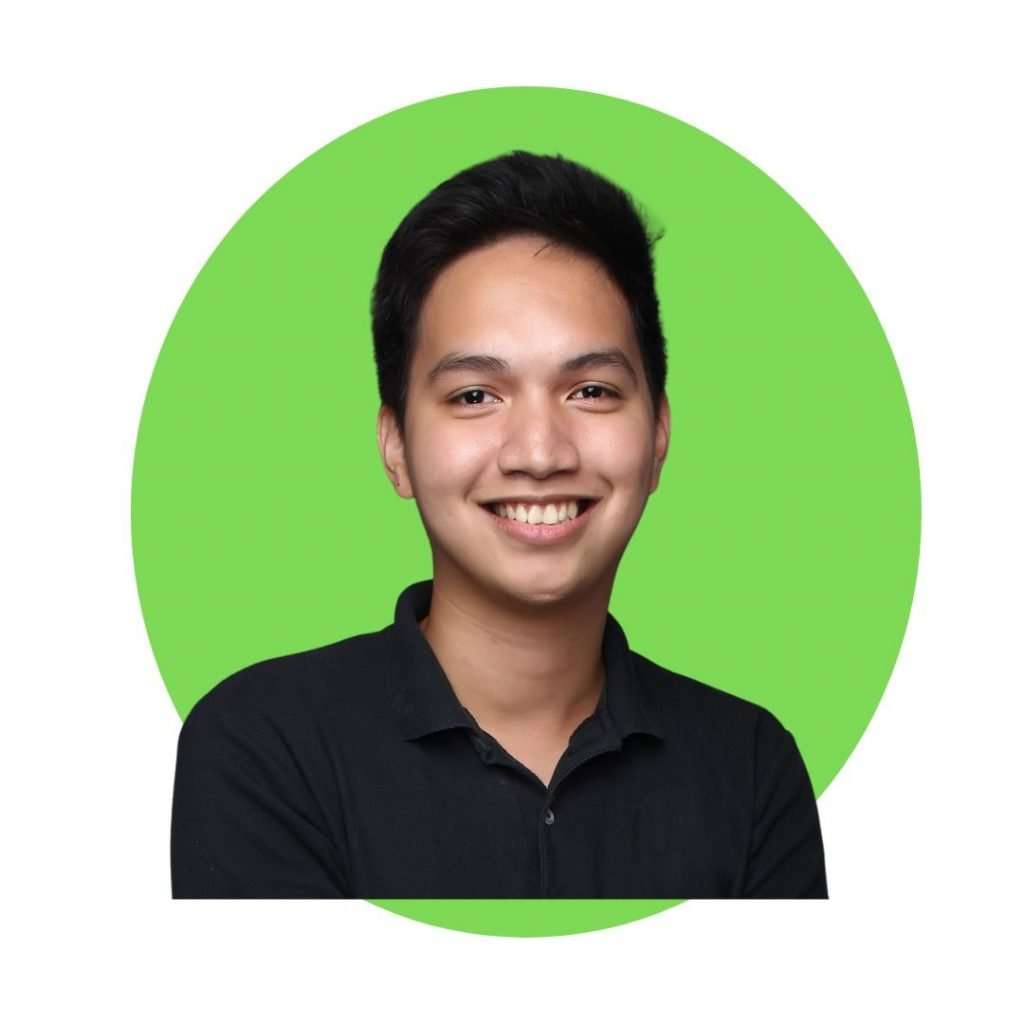 Prince is a human rights defender, Indigenous Peoples’ rights, and environmental advocate. His story will highlight indigenous environmental defenders who dedicate their lives to protecting the mountains, rivers, and forests.

“I am a human rights defender and activist committed to seeking justice for Indigenous Peoples who have been victims of corporate and state threats to decimate and exhaust resources and biodiversity from the country’s depleting forests, rested on ancestral lands.” 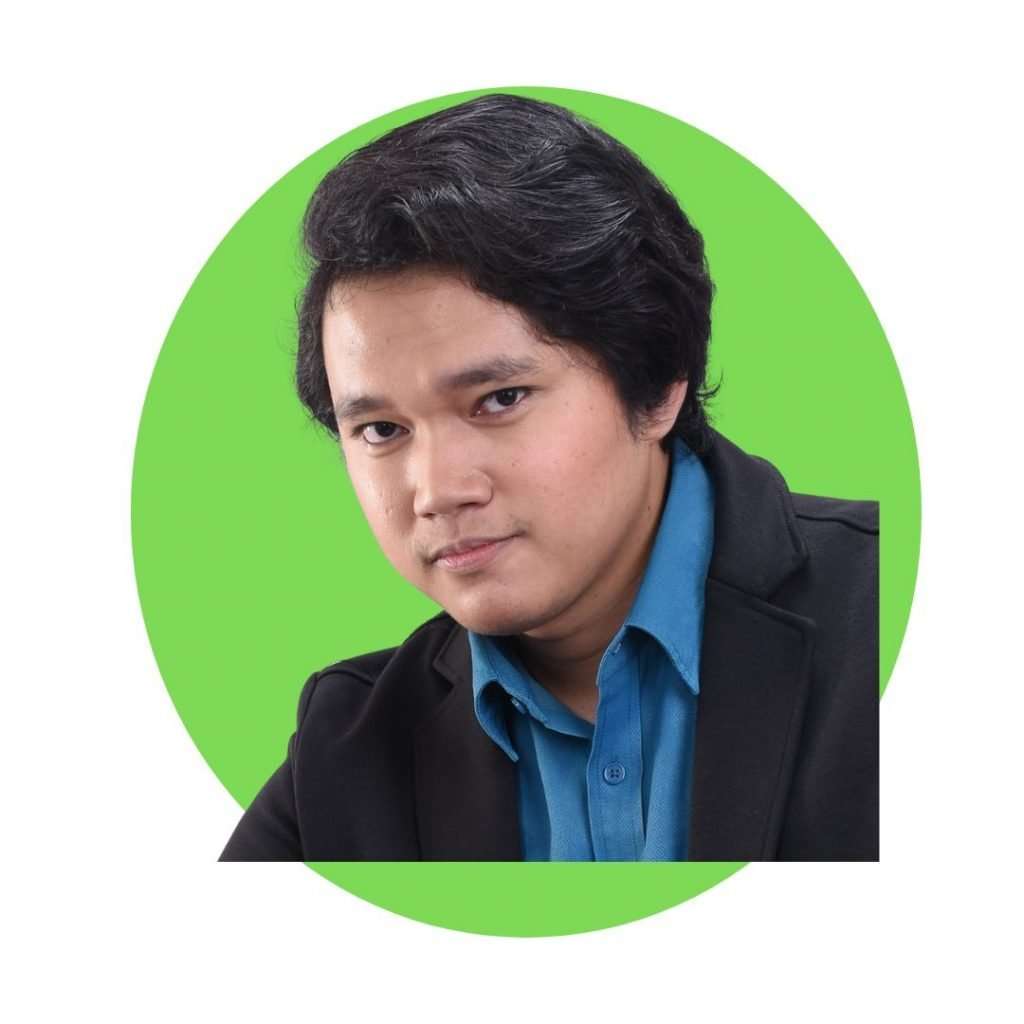 “Journalism can help shed light on the disproportionate effect of the climate crisis on vulnerable groups. Journalists can show evidence of how the climate crisis is real, and how it already affects certain people—think fisherfolk making do with decreasing catch, farmers struggling to adjust to unpredictable weather.” 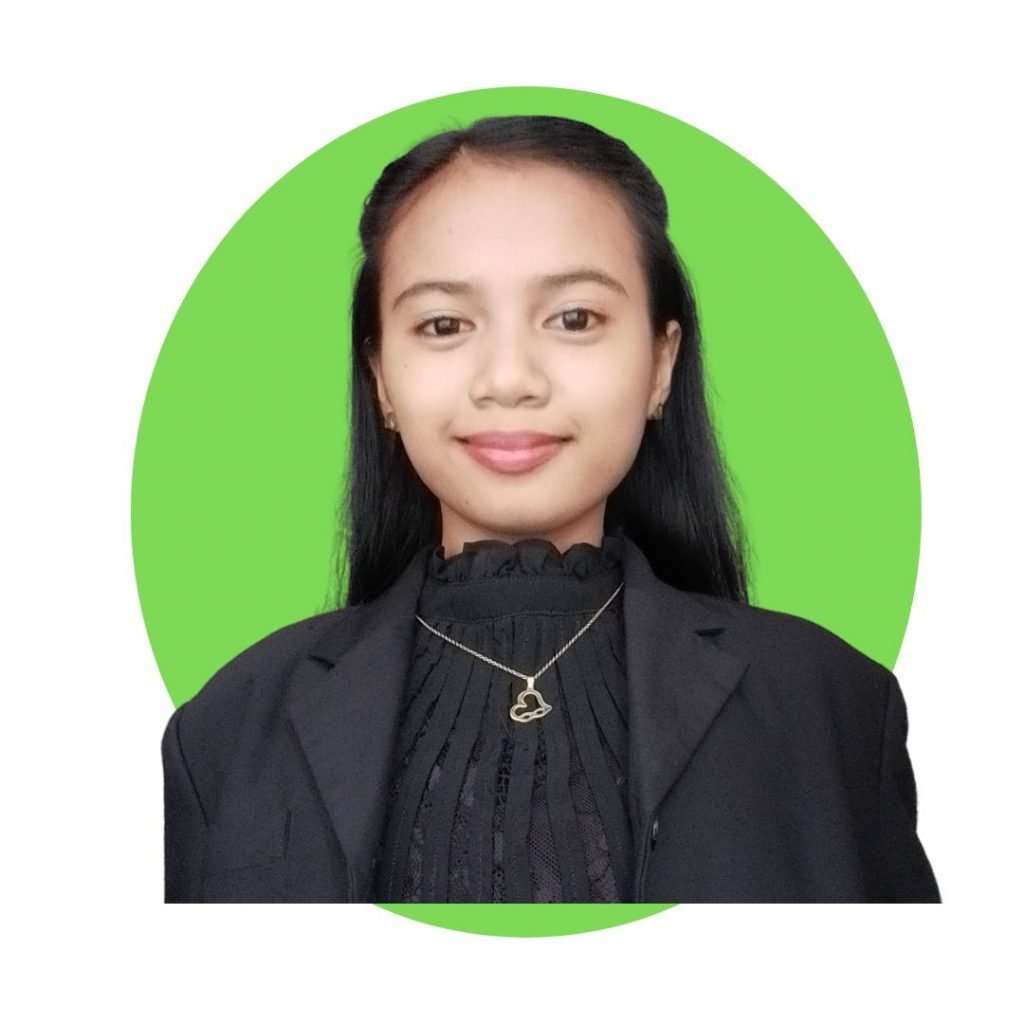 Lovelen leads a youth group taking part in disaster risk reduction efforts in her coastal province by providing early warnings for fishermen in the province through transistor radios which helped them during typhoons and weather disturbances.

In this program, Lovelen wants to produce a story that will primarily revolve around the experiences of the people from the island, on how they’re coping with the challenge of being detached from mainland-based services, especially in times of emergencies.

“Climate journalism is important because it fulfills a unique role in covering one of the most pressing issues of our time. In our region, climate change is now coming to its worst with a warmer environment and the extinction of some species (animals and plants) and other natural resources.”