This story is supported by Climate Tracker Asia

Dust-filled air, constant noise, and lingering health risks. These are just some of the concerns that residents of Celukan Bawang Village in Bali had to contend with after the construction of a coal-fired power plant there.

“The impacts of this project are clearly bad, both now and in the long term,” said I Ketut Mangku Wijana, one of the affected residents.

Adding to their worries is the decreasing agricultural productivity, which they blamed on the power plant. Residents pointed out that some plants and crops even died after being exposed to dust generated by the power plant.

Fishermen are also not spared. They have been earning less money due to a fishery scarcity in their usual fishing locations. A fisher’s group said this has prompted them to sail farther away just to sustain their livelihood.

As the residents continue to bear the brunt of impacts of too much coal dependence, calls to carry out the immediate shift to cleaner energy sources have grown louder.

Coal utilization has been the biggest challenge in Indonesia’s energy transition process. The Ministry of Energy and Mineral Resources (ESDM) said there are six phases in the transition to renewable energy. One of them is early retirement of coal-fired power plants, which will be done in the third and fourth phases in 2031-2035 and 2036-2040 respectively.

But the complete phaseout of coal will not be that easy. A study by think tank Institute for Essential Services Reform (IESR) showed that doing away with coal would require an additional funding of Rp. 422 trillion or $27.5 billion by 2050 to refinance the companies.

Despite the high costs of retiring existing coal-fired power plants, Indonesia has started taking steps to achieve that goal.

On the sidelines of the G20 summit in Bali, key stakeholders in Indonesia have signed a memorandum of understanding with the Asian Development Bank to refinance and accelerate the retirement of Cirebon-1, a 660-megawatt plant in West Java under the program called Energy Transition Mechanism. 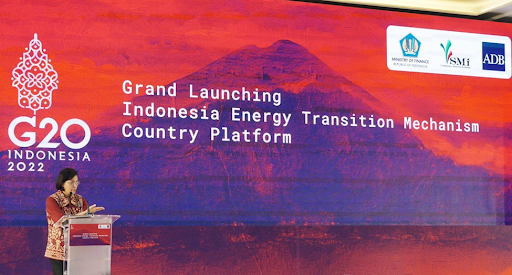 Asakawa added that the structure of the final transaction will determine exactly when the power plant will be retired. This is still under negotiation.

“ADB will only start negotiating the schedule for this generator if it is completely shut down,” he said.

Under an existing contract, the power plant has an obligation to deliver supplies to state grid operator Perusahaan Listrik Negara (PLN) until 2042. But if the deal is finalized, the PLN must agree to shorten the power plant’s service 10 to 15 years before the end of the standard 40- to 50-year production life.

In addition to the ETM scheme, Cirebon-1’s early retirement is also included in the energy transition funding known as the Just Energy Transition Partnership (JETP).

During the G20 summit, President Joko Widodo announced that Indonesia will receive energy transition funding through the JETP scheme with a target investment value of $20 billion or IDR 310 trillion. 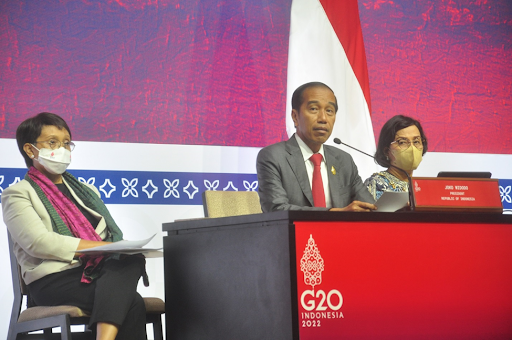 Furthermore, he said, the government will develop an action plan with partner investors to follow up on the agreement over the next six months.

The discussion included investment plans and details of which coal-fired power plants would be retired early through the JETP scheme.

Pandjaitan hopes the government together with partner investors can immediately formulate a concrete strategy to retire coal-fired power plants, while incorporating new renewable energy resources into the national electricity system.

“And this means that there needs to be an early retirement for the coal-fired power plants that are currently operating. Apart from that, the planned termination of the power plants, which currently have a capacity of 13.8 GW, will be replaced with renewable energy generators. It’s just a matter of where the generator is, how big and what type it is as well as the transmission development to support it,” said IESR Executive Director, Fabby Tumiwa.

Based on the IESR analysis, the target of limiting carbon emissions of 290 million tons is equivalent to stopping the operation of 6 GW power plants before 2030. Furthermore, the new renewable energy mix will be 37 to 40 percent in the same year.

However, Finance Minister Sri Mulya says there are some coal-fired power plants that are too young to retire. Some are even less than 12 years old. That is why he emphasizes the importance of financial assistance to accelerate the push to a just transition.

Wanhar, Director of Electricity Engineering and Environment at the Directorate General of Electricity at the Ministry of Energy and Mineral Resources said that while the operational period of coal-fired power plants can indeed be terminated, it cannot be immediately done at this time.

“Retirement of a coal fired power plant can only be carried out when there is certainty of network reliability, with the substitution of renewable energy generators and or the installation of a transmission system. Then there is certainty of implementing a fair energy transition with no negative social impacts from early retirement, affordable prices for renewable energy generators, and the availability of international financial support,” he said.

For Arthur Simatupang, Chairman of the Association of All Indonesian Electricity Producers (APLSI), the early retirement of coal-fired power plants should be seen in various aspects. First, the existing commitments of those plants under their power purchase agreements. Second, the possible complications in the funding agreements they entered into with agencies or project sponsors.

“On the other hand, from a commercial point of view, we also have to see how much energy production from coal-fired power plants has so far entered the system, because each (plant) has an output capacity that is the reliability of the national electricity system in Indonesia,” said Simatupang.

He also asked the government to detail and concretize the early retirement funding scheme through blended finance.

However, the government has yet to clarify whether the JETP funding amounting to IDR 310 trillion is purely a grant or just another debt since the money will come from various sources.

“We will look at it from a detailed perspective because it has various combinations from multilateral development banks, bilateral, and also from a philanthropic perspective, grants, that’s what we will see,” said Minister Mulyani.

Researcher and Program Manager of Environmental group Trend Asia Andri Prasetiyo pointed out that the United States and Japan, as leaders in JETP funding negotiations, have a great interest in Indonesia’s energy sector. They also have a long history of funding Indonesia’s dependence on oil, gas, and coal.

“JETP tends to be described as a life-saving, fast-moving capital initiative, offering opportunities and a transformative approach to support partner countries in their energy transition away from coal,” said Prasetiyo in a webinar held by Climate Tracker Asia.

“However, I am concerned that JETP may fail to support the most critical elements of a just transition, if it only issues debt and does not provide a sufficient portion of grants or soft financing for developing countries,” he added.

He also said the government must ensure the funding has an adequate portion of grants or soft financing rather than commercial financing that follows the interest rate prevailing in the market.

“And for now, they want to bring the initiative as a form of a new term called JETP, but there is no guarantee of sufficient grants. There are no financial guarantees to help developing countries move away from coal. So I’m worried that JETP is really just another type of loan that will lead to adjustments to the pressures and problems of developing countries,” Prasetiyo added.

Furthermore, he is worried about possible failures in efforts to decarbonize the electricity system.

“If JETP comes in the form of new debt, it means there will be a potential loss of public funds which in the end will not have a significant impact on reducing emissions in the electricity sector to address climate change,” Prasetiyo said.

Bhima Yudhistira, Director of the Center of Economic and Law Studies (Celios) is also worried about the possible complications of heavily relying on the JETP and ETM schemes.

“The form of JETP is a loan, the other part will use investment from operation funding or private funding, so there needs to be transparency regarding the projects that will be funded in detail to the public,” Yudhistira said in a virtual press conference.

Bhima also urged the public to be vigilant regarding  foreign climate financing. He said repayment would be a challenge if the country is asked to give back the funding considering the rising interest rates.

Meanwhile, the Executive Director of the Indonesia Cerah Foundation, Adhityani Putri believes that JETP is adopting a financial scheme in which these funding sources will be mixed into a package with the lowest possible interest which will benefit Indonesia.

It’s just that the government needs to think about the consequences if the implementation of the JETP project later does not meet the target agreed with the donor country.

“It’s not just debt, the consequence is that Indonesia’s sovereign rating or capability is seen in the financial system as a risky country or not. If our sovereign rating goes down we will automatically be charged higher interest on these debts, so that later it will be difficult to get investment. Our country will be considered as a risk country. So this is a big bet, even in the worst scenario the country could go bankrupt because the value of assets could fall. So don’t just see that (JETP) is only a debt,” he said.