Subscribe to newsletter
It’s no secret – Asia is expected to get hit hardest by climate change. The region is already feeling the brunt of Mother Nature’s force — with severe weather becoming deadlier and rising sea level rise becoming more imminent. Not to mention drought, changes in water supply, and lethal heat waves.
Although climate change is gradually getting media attention, environmental reporting remains a difficult challenge for journalists across Asia. The big question is why?
Speaking in a virtual room full of journalists around Asia, Fidelis Satriastanti, a former environmental journalist in the Jakarta Post and now Climate Tracker’s Asia Programs Manager said, “I think the common mistake is everyone thinks that climate change is one dimensional. Most people think that climate change is just something about reporting forest fires, CO2, etc. It’s not like that.”
“You can link climate change to human rights, corruption, illegal mining or extraction; it’s not just natural resources, climate change is also about biodiversity,” she added.

Highlights from Our Hangout Session

Few Experts to Quote on Climate Change in Asia

Another issue is that most environmental journalists don’t have enough expert resources to quote on climate change. “In Southeast Asia, there’s a big barrier between academia, journalists, and the public. We have to find a way to replace barriers with linkages. Science will engage readers,” said Mai Hoang, former Climate Tracker staff.
Lynn Ocharoenchai, an environment writer who started the climate strike movement in Thailand, referred to as Climate Strike Thailand, notes that a further issue for the media, especially in Thailand has been making climate reporting and coverage attractive to different audiences, including the young, partisan, and those who are not familiar with climate change.

“People get emotional; they love drama and love seeing human faces in news stories. Public media report on natural disasters or irregular weather patterns, but they don’t make that connection for people. People don’t see that human face in the stories. They don’t really talk about it in like that climate angle, but rather as isolated events,” said Ocharoenchai.

Getting the Message Across: Climate Change as a Major Beat

News organizations around the world are ramping up their climate reporting, with media giants like Reuters, The Guardian, BBC’s WFAE, CNN, and a coalition called Covering Climate Now slowly beginning to pick up on climate stories.
However, climate journalism is still not considered a main ‘beat’ in Asia. That is why former reporter from ABS-CBN News and now Senior Officer for Media and Digital Influencing at Oxfam Pilipinas, Kristine Sabillio encourages Asian newsrooms to make climate change a major beat.
“I think we all [need to] realize the importance of climate change as a beat. To be honest, I kept saying that newsrooms should realize that climate change is going to be a major beat in maybe 10 years or so. It’s because we’ll be facing all these different disasters, and they will, they will be ill-prepared, newsrooms are not prepared to handle this kind of, they’re not prepared to handle climate change reporting. We therefore really need to be training people.”
Living in an era of information wars and access to reliable information and critical coverage of public-interest matters is important. Having climate scientists, environmental advocates, and climate journalists is necessary to fight climate change in Asia, as each plays a vital role in shaping the public discourse on the climate crisis in a responsible manner.
As a journalist who has a passion for climate change, you may have already asked yourself this question, “Will this story make a difference?” The answer is yes.
“Before you actually pitch to an editor or an online news site, think of it as you trying to win them. Build that kind of relationship; they have to trust you,” says Biena Magbitang, Climate Tracker’s Asia Manager.
Ocharoenchai also notes that “When pitching climate stories, you want to stand out from the crowd of pitches. What makes your natural surroundings interesting? Bring a new perspective to the table.
“Environmental journalism is all about endurance. This issue is ongoing so journalists need to think about how we’re going to report on this effectively and be resilient. Diversify your resources, sources, and angles. Strategize!“ Satriastanti added.

Watch out for more opportunities for Asian journalists to be offered by Climate Tracker. A sneak peek of upcoming programs was teased during the Community Hangout that you can watch here.

This article was first published in Climate Tracker’s main website in August 2021. 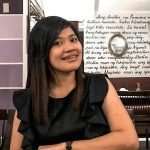