This story was originally published on IndiaSpend, with the support of Climate Tracker’s COP27 Climate Justice Journalism Fellowship.

By undertaking systemic transformation and massive cuts in the electricity supply, industry, transport and buildings sectors, and the food and financial systems, countries can keep up with their climate promises, according to the 2022 Emissions Gap report

Climate pledges leave the world on track for a temperature rise of 2.4-2.6°C by the end of this century, according to the Emissions Gap Report, 2022 by the United Nations Environment Programme (UNEP), released on October 27.

The emissions gap report–which marks the run-up to the 27th Conference of Parties on Climate Change (COP27) starting on November 6, 2022 in Egypt–provides the latest assessment of scientific studies on current and estimated future greenhouse gas (GHG) emissions. It also compares these with the levels permissible for the world to progress on the least-cost pathway to achieve the 1.5 – 2 degree celsius that 193 parties committed in 2015 under the Paris agreement. Going beyond the 1.5-2 degree celsius threshold will expose millions of people to climate-related risks, such as heat waves and floods.

The report states that urgent transformation in the electricity supply, industry, transport and buildings sectors, and food and financial systems would help put the world on a path to success.

“The ambition gap persists and is unsurprising, but the report also points to an implementation gap. Countries have not put in place policies to reach even the limited targets they have promised. Global climate debates should focus more on the here and now than future speculative targets,” Navroz Dubash, professor at the Centre for Policy Research and one of the reviewers of the Emission Gap report, told IndiaSpend.

“The report finds that many net-zero targets have low credibility and are not aligned to short- and medium-term actions. The solution is to focus on what we can do now, while simultaneously providing detail on net-zero targets and aligning present actions with future needs,” he added.

Decisions from 2021 are inadequate, need to strengthen 2030 targets

As many as 166 nations have submitted new and updated NDCs as of September 2022, but progress on these updates has been woefully inadequate, the UNEP report stated.

India’s coal usage and the resulting greenhouse gas emissions in 2021 exceeded pre-pandemic 2019 levels, the report says. India is the third-largest carbon emitter in the world although our per capita carbon emissions are low, the report shows. Achieving carbon neutrality, also known as net-zero greenhouse gas emissions, by 2070–i.e., balancing carbon emissions and carbon absorption from the atmosphere–is a necessity for India, which has been experiencing increasing extreme weather events.

India submitted updated climate pledges, or Nationally Determined Contributions (NDCs) in August 2022. According to the updated NDC, India stands committed to reducing emissions intensity of its GDP by 45% by 2030, from the 2005 level. It has also pledged to get about 50% of electric power installed from non-fossil fuel-based energy resources by 2030. India also added a healthy and sustainable lifestyle, ‘LIFE – Lifestyle for Environment’ as a key to combating climate change.

The report shows that the new and updated NDC’s will have some impact in decreasing India’s emissions. India’s emissions are also not expected to peak or reach their highest level before 2030, the report claimed. The emissions drop sharply once they reach the peaking point, according to studies. But, the longer we delay the peak, the more difficult it will be to limit global temperature rise, according to a 2017 World Resource Institute report.

But, for developing countries such as India, implementing net zero and NDCs also depends on access to financial, technological and technical support, capacity building support and availability of market based mechanisms, IndiaSpend reported in January 2022.

electricity supply, industry, transportation and buildings are underway, but the transition needs to be faster. Of these four sectors, transition in electricity supply is most advanced, as the costs of renewable electricity have reduced dramatically. However, the pace of change must increase alongside measures to ensure a just transition and universal energy access.

In India, renewable energy (RE) sources make up 29% of electricity generation capacity at present, against the target of 50%. The majority of India’s RE comes from solar (12.4%) and wind (10.2%), and India will need to greatly expand these capacities within eight years to meet the PM’s pledge, IndiaSpend reported in January 2022.

Since 2019, India has implemented the second phase of Faster Adoption and Manufacturing of (Hybrid &) Electric Vehicles in India(FAME) with a total budget of Rs 10,000 crore ($1.32 billion), focused on supporting electrification of public and shared transportation. The scheme aims to support, through subsidies, the manufacture of 7,090 electric buses, 500,000 electric three-wheelers, 55,000 electric four-wheeler passenger cars and 1 million electric two-wheelers, or around 1.5 million Electric Vehicles (EVs) in all. Just over halfway into phase II, by December 7, 2021, the scheme had incentivised only 176,327 EVs–11% of the target. 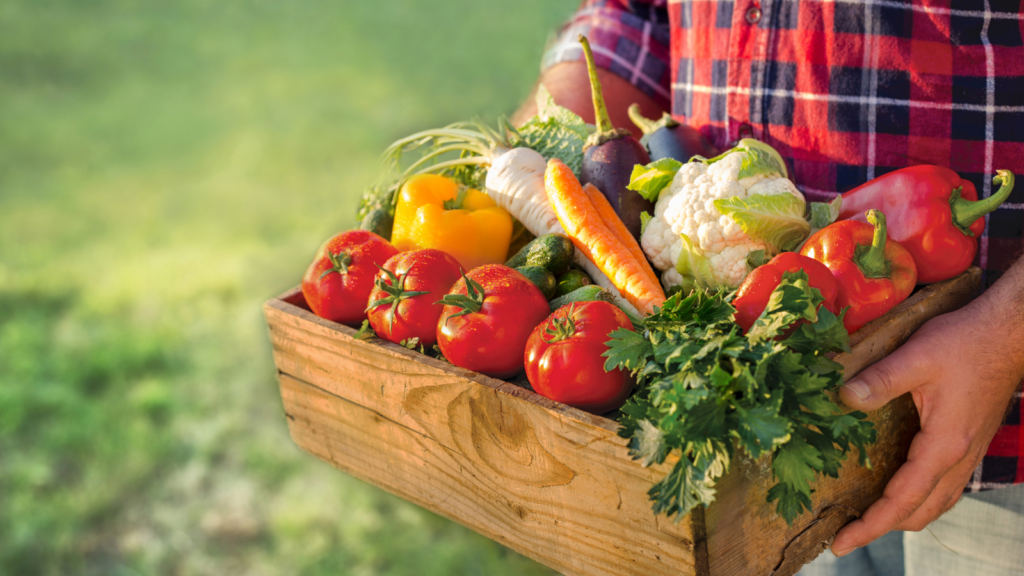 Food systems are major contributors of climate change, biodiversity loss and land-use change, the report claimed. The food system that we rely on, which includes agriculture production, currently is responsible for one-third of total GHG emissions globally.

In November 2021, 45 governments, led by the UK, pledged urgent action and investment to protect nature and shift to more sustainable ways of farming at the 26th COP, the climate change conference in Glasgow, according to a UK government press release. It said that the commitments would help leverage over $4 billion of public sector investment into agricultural innovation to improve soil health, helping make these techniques and resources affordable and accessible to farmers.

India has been slowly moving towards chemical-free farming that could reduce farm input costs, improve soil health and water efficiency and lead to an increase in farm produce prices helping farmers, IndiaSpend reported in July 2022. In a multi-part series (here, here and here), IndiaSpend has also explored the different facets of natural farming, its implementation in India, and the possibility of success.

The UNEP report noted that, in India, production of legumes in the last five years has consistently increased, a step in the right direction. Legumes such as beans, peas and lentils increase the release of ammonium nitrogen into the soil. The greater availability of nitrogen in the soil can reduce the need for nitrogen fertilisers for other crops when legumes are used in rotations or as cover crops or intercrops.

Transformation of the financial system

Financial actors, such as banks, institutional investors, and public financial institutions, have shown limited action on climate mitigation by focusing on short-term returns rather than long-term returns on low-carbon technology, conflicting objectives, such as providing finance to the fossil fuel sector, and not recognising climate risks adequately, the report noted.

A global transformation to a low-emissions economy is expected to require investments of at least $4-6 trillion a year. This is a relatively small (1.5-2%) share of total financial assets managed, but significant (20-28%) in terms of additional annual resources to be allocated, the report noted.

GFANZ includes 450 financial institutions in 45 countries. Internationally, even institutions that funded fossil fuel projects in the past are setting newer targets for funding clean, sustainable projects. But Indian institutions are lagging, we reported in October 2021.

The United Nations Environment Programme issued Principles for Responsible Banking in 2019 to guide banks to consider the environmental and social impacts of the projects they lend to. Yes Bank is the only signatory from India as of September 2022, we had reported.

Governments and key financial actors will need to steer credibility in transforming the financial system and its structures and processes, engaging governments, central banks, commercial banks, institutional investors and other financial actors, the report said.