This story was updated with Coca-Cola’s response on 22 November 2022. It was published with the support of Climate Tracker’s Cop27 Climate Justice Journalism Fellowship

Cop27 sponsor Coca-Cola has been named the top plastic polluter for the fifth year in a row, enraging climate activists worldwide.

The Brand Audit report released on Tuesday by Break Free From Plastic, a coalition of around 11,000 global organisations working towards the reduction of single-use plastic, found Coca-Cola, PepsiCo, Nestlé, Unilever and Mondelez were among the worst polluters in the world for plastic waste.

Coca-Cola has topped the list five years running, despite the company running several environmental campaigns claiming it is trying to control its plastic waste.

The rights organisation, however, trashed the declarations as “greenwashing” and “false claims”.

A legal complaint has also been filed against the company by 32 Filipino consumers in Manila against Coca-Cola, Pepsi Cola, Nestlé, Unilever, Procter and Gamble, Colgate Palmolive and Universal Robina Corp (URC), demanding an end to plastic packaging or the removal the “recycle me” label, calling it “misleading”.

They demand that the corporations replace their packaging and invest in reuse and refillable product containers and refund the premium they paid for the recyclability claim.

“The corporations’ continued use of misleading and deceptive recyclability claims on their product labels and websites violate our consumer rights to information, safety and healthy environment,” Jade Carlyn Esguerra, one of the complainants, said.

“It falsely and deceptively informs us and other Filipino consumers that we are making an environmentally responsible choice when we purchase and dispose of their plastic packaging in the barangay [barrio], municipal or city recycling bins and materials recovery facilities (MRFs).”

Some activists held a demonstration at the Cop27 venue in Sharm el-Sheikh in Egypt, demanding to “kick the polluters out”.

When Cop27 announced its decision to partner with Coca-Cola in September 2022, activists slammed the move, pointing out the American beverage company’s record as a top plastic polluter. However, the Egyptian presidency ignored the calls.

“After years of greenwashing and false solutions, corporations have demonstrated they cannot be relied on to bring about systemic change through voluntary commitments,” the report claims.

The organisation said it analysed the rubbish-collection data for the past five years with the help of over 200,000 volunteers in 87 places to compile the 2022 Brand Audit report.

It defined the top polluters as “corporations that pollute the most places around the world with the greatest amount of plastic waste”.

The report says that plastic packaging was most commonly found in food products, followed by household products, smoking and packaging material.

Small sachets and flexible packaging were a concerning trend in Asia and Africa. In Asia, companies sell food, personal care and household products in sachets which is an intentional corporate strategy to market products in small quantities at low cost to appeal to consumers in emerging economies.

In a statement to The Independent, a Coca-cola spokesperson said:“Our support for Cop27 is in line with our science-based target to reduce absolute carbon emissions 25 per cent by 2030, and our ambition for net zero carbon emissions by 2050.”

The company said its “World Without Waste” strategy “sets ambitious goals for our business, starting with helping to collect and recycle a bottle or can for every one we sell – regardless of where it comes from – by 2030”.

The report highlights the need for a global plastics treaty that can deliver policies that significantly reduce plastic production and hold corporations accountable for perpetuating this global crisis.

“Proven solutions centred on reuse and refill already exist and have demonstrated success in both global North and global South countries,” the report adds. 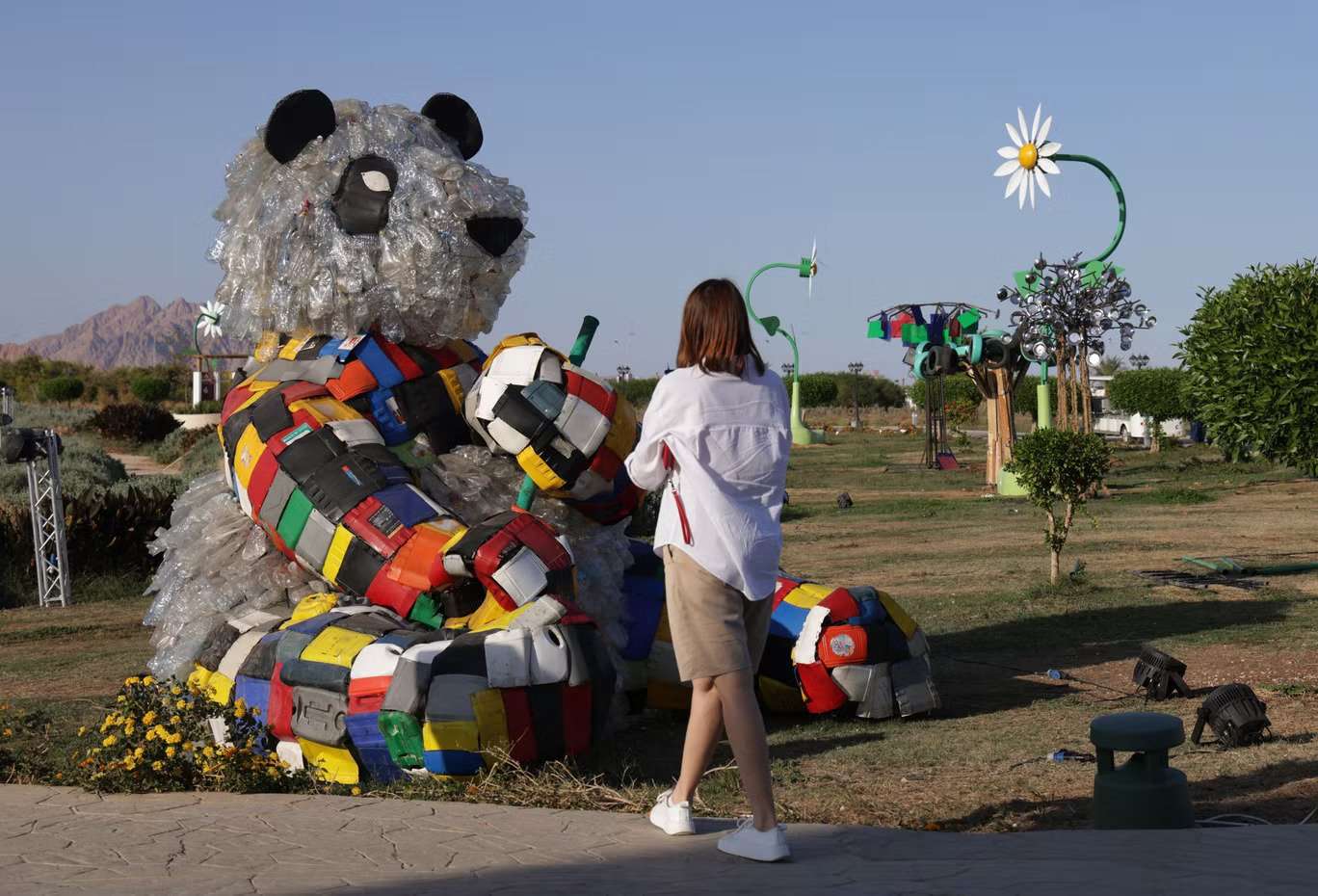 Von Hernandez, global coordinator of Break Free From Plastic, said: “For decades, the public has been conditioned to believe that the problem of plastic pollution, now manifesting in the unprecedented, pernicious, and wide-ranging contamination of all life on the planet, was caused by their own undisciplined ways and the failure of governments to institute and implement proper waste management systems.”

“Our brand audits have now exposed the real causes of this crisis – and it is mainly due to the irresponsible and predatory practice by corporations of saturating our societies with single-use plastics of all kinds with no consideration of how they can be managed in an environmentally safe and benign manner,” he said.

Mr Hernandez added: “Now, more than ever, governments need to compel polluters to invest in reuse and alternative product delivery systems that avoid the problem in the first place.”