Last of a three-part story

In the remote areas of the Indonesian province of Central Java that cannot be reached by the electric grid, residents turn to springs and lakes to power their homes.

Located on the slopes of Mount Slamet is Banyumas Regency, which has 1,681 springs and five lakes. The water supply there is abundant because Banyumas is located within a protected forest area.

Mount Slamet also captures and absorbs rainwater, and serves as a source of water of several river basins (DAS) that flow around it.

Bodies of water in the Indonesian province of Central Java are projected to potentially store up to 382.32 megawatts of electricity.

The Department of Energy and Mineral Resources (ESDM) of Banyumas has mapped at least seven watersheds (DAS) that have the potential to be sources of electricity.

These include the Upper Cihaur DAS, the Tajum DAS, the Logawa DAS, the Pelus DAS, the Serayu Hilir DAS, the Ijo DAS, and the DAS Tipar. Seven waterfalls scattered throughout Baturraden, Kedungbanteng and Cilongok districts are also potential sources of electricity.

“We are increasing the use of renewable energy in rural communities. This effort is one of the steps to reduce carbon emissions in Central Java,” said Sujarwanto Dwiatmoko, head of the Central Java Province Energy and Mineral Resources (ESDM) Office.

The government provides assistance to cities and districts to carry out the development of new renewable energy sources such as micro-hydro power plants (PLTMH) so residents can enjoy cheap and sustainable energy.

According to Dwiatmoko, around 2,300 out of 8,000 villages in Central Java are energy independent.

Muhammad Hamzah, revenue insurance and trading mechanism manager of State Electricity Company (PLN) Transmission Master Unit Central Java and DIY, revealed in a webinar that the provincial government is considered capable of realizing the target of using 21.32% of new renewable energy in 2025.

However, it does not originate from the development of rooftop solar power plants (PLTS), but from micro-hydro power plants (MHPP).
“Central Java’s target of 21.32% can be achieved because it is supported by many PLTMHs,” said Hamzah.

He added that electricity purchases from MHPP have been increasing since 2016. The purchase of electricity from the PLTMH amounted to 34,000 megawatt per hour (MWh). This figure jumped significantly to over 122,000 MWh in 2020.

There are currently 50 MHPP entities that wish to sell electricity to PLN. However, Indonesia’s state utility will only be able to buy four entities with 8 MW of power.

There are still 19,565 villages in Indonesia that do not have access to electricity, according to Adhityo Nugraha Barsei, a researcher from the National Research and Innovation Agency (BRIN). Their needs should be met by prioritizing clean and sustainable energy sources.

The village-based clean energy development model can be expanded to various regions in order to increase the clean energy capacity of the country and the access of communities to electricity. 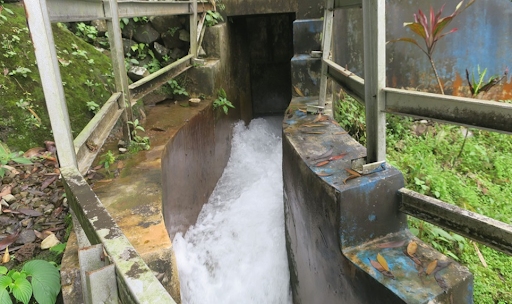 Tri Mumpuni, a member of the BRIN Steering Committee, expressed a similar view. She has built 82 MHPP in remote Indonesian villages without the help of the government since 1997.

The director of the People’s Business and Economics Institute (IBEKA) said that installing MHPP is not difficult. MHPP utilizes water discharge to drive a turbine which will produce mechanical energy. This mechanical energy drives the generator and produces electricity.

There are only a few physical requirements needed to build a MHPP. It must be built in an area where the flow of water is constant. The size of the water discharge will determine the amount of energy that can be produced.

Compared to other energy sources, micro-hydro power plants are economically very efficient and easy to maintain. However, the sustainability of MHPP depends on the participation of the community and the mastery of technology.

“When people understand, they don’t need PLN anymore,” said the woman who is familiarly called Puni.

In developing micro-hydro power plants, Puni involves the village head and the local community by creating an organization that will install an electric turbine and maintain it.

She added that every village has a unique natural resource potential for electricity generation. However, the large electricity potential of water has not been managed optimally.

Based on a report by the Directorate General of Electricity, Ministry of Energy and Mineral Resources, 5,976.03 MW of water energy in Indonesia, or around 6.4% of the total existing potential, has been utilized up to 2019.

The potential for water energy in the entire archipelago is estimated to reach 94,449 MW—75,091 MW for hydroelectric power plant (PLTA) and 19,358 MW for micro-hydro.

“MHPP is an alternative solution that can break through limited access to transportation, technology, and costs. In several areas, there are already on-grid MHPPs with PLN,” said Puni.