This story was originally published on VOA, with the support of Climate Tracker’s COP27 Climate Justice Journalism Fellowship.

Beijing would support such a mechanism, but would not pay cash into the loss and damage fund.

China Wednesday said it would not pay into a climate loss and damage fund for developing nations, after small island nations cited its responsibility as a high carbon emitter at the U.N. Climate Change Conference in Egypt, COP27.

Antigua and Barbuda Prime Minister Gaston Browne, on behalf of the Alliance of Small Island States (AOSIS), Tuesday called for major greenhouse gas emitters China and India to chip in for a fund to compensate poor countries for the consequences of climate change.

It was the first time developing nations have included China and India among countries financially accountable for emissions.

Beijing would support such a mechanism, but would not pay cash into the loss and damage fund, Chinese climate envoy Xie Zhenhua said Wednesday.

Xie added that China does is not obliged to contribute but reiterated the country’s alignment with developing nations in seeking such fund from developed countries.

Despite being the world’s largest greenhouse gas emitter China has long been categorized as a developing nation and is put into the same group with developing countries at COP for climate discussions.

Developing countries have long urged wealthier nations to deliver on promises of $100 billion a year for climate mitigation and adaptation, but rich nations were found to fall short on that pledge, according to an OECD report.

The pressure from developing nations for China to pay for loss and damage reflects a “diluted view” of the argument that historic emitters should pay the most, according to Scott Moore, director of China programs and strategic initiatives at the University of Pennsylvania specializing in environmental sustainability and international relations.

“There is a lot of legitimacy to the historic emissions argument. On the other hand, China, in particular, its emissions growth really just in the last 20, 25 years has been so enormous that its emissions are kind of starting to veer into a territory where you can argue that China is actually responsible for a significant share of cumulative emissions,” Moore told VOA by video call. 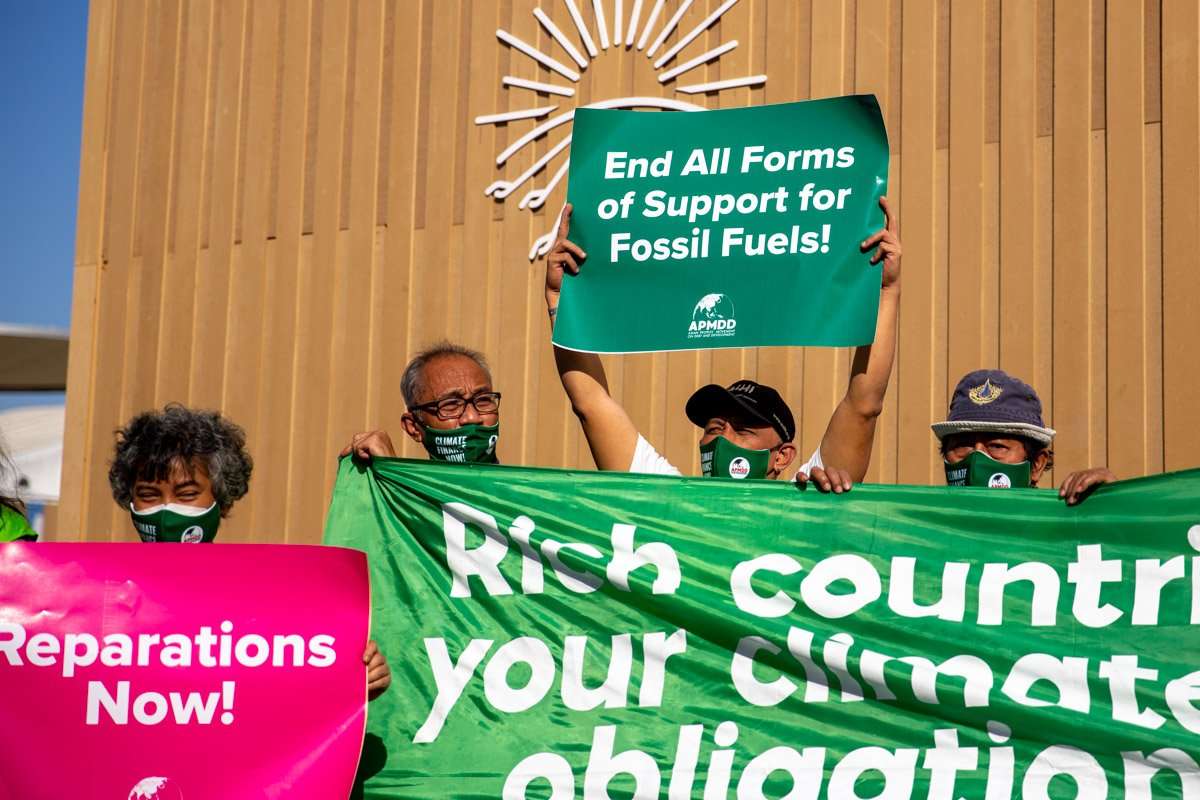 During COP26, last year’s U.N. climate change conference, in Glasgow, Scotland, China and other developing nations sought $1.3 trillion per year from wealthier nations starting 2030. A report from high-level experts at the United Nations, published this month, said by 2030, $2.4 trillion a year would be but only for developing countries “other than China.” The report also said China, along with Western Europe and North America, has dominated the world’s climate finance.

Beijing has been slowly shifting its role to being a donor country, according to Gørild Merethe Heggelund, research professor at Fridtjof Nansen Institute in Oslo, who focuses on China’s climate change policies.

“China was a recipient of climate finance for years, but China has now become a donor country. Their role as an aid country is becoming stronger and becoming clearer as it goes on and getting more experience,” Heggelund told VOA via a video call.

At COP21 in 2015, Chinese President Xi Jinping established the $3.1 billion South-South Climate Cooperation Fund in a move scientists called “significant,” as it was one of the largest single pledges from developing countries to support climate action. In June this year, Xi injected another $1 billion in the fund that is now named “he Global Development and South-South Cooperation Fund.

The addition is part of Xi’s new 2021 Global Development Initiative, which aims to fund projects in the Global South to boost sustainable development and capacity building. In September, officials said over 1,000 programs are planned under the GDI.

Piqued by internal challenges and geopolitics

“China is highly vulnerable to climate change and we’ve seen some of the droughts this summer. They have some challenges at home that they need to address and that they are addressing. I think we can see a little bit of a difference between what China is doing on the global scene and the negotiations, and what they are doing domestically,” he said.

Despite a 3.9% economic growth in this year’s third quarter, China is expected to have a bumpy road to recovery over its continued COVID-19 lockdown curbs, a global recession and a sluggish property market.

Geopolitics will also inevitably play a role in climate negotiations for China, Moore said. “I think for a long time we had sort of hoped and thought that climate change could be kind of special.”

The United States and China joined hands at COP26 for climate cooperation talks amid political tensions. Part of that agreement included discussions about “scaling up of financial and capacity-building support for adaptation in developing countries.”

However, China suspended the bilateral cooperation in August, following U.S. House or Represenatives Speaker Nancy Pelosi’s visit to Taiwan. Beijing said such climate talks “cannot be separated from the broad climate of bilateral ties.” The two sides held unofficial talks at COP27, but have not confirmed whether they would resume climate cooperation.

“We will see climate change and climate action defined by as much by these geopolitical tensions and issues as anything else,” said Moore.